It’s out of this world

When Starlink: Battle for Atlas was announced at E3 2017, I immediately wrote it off. Here was a new toys-to-life product in a time when other franchises in that niche were starting to die off. In 2017 it seemed like an antiquated concept. In 2018 it’s downright ancient. When Ubisoft went silent on the new IP, I told myself it was either being canceled or changed to remove the toys-to-life aspect.

Ubisoft proved me wrong. It didn’t cancel the game, nor did it drop the toys-to-life accessories. In fact, it doubled down on it, surprising audiences with a Star Fox crossover right out of left field. As I watched its most recent trailer, I thought I was wrong to write the game off so quickly.

Guess what? I was wrong. Really, really wrong. Starlink: Battle for Atlas is a banger, and everything I wanted Star Fox Zero to be.

There were no toys in the Nintendo press area for me to see, so my hands-on session with Starlink starts off with a bit of confusion. Putting together a ship without the toys takes a few moments for me to get right, and even when I complete my spacecraft, I’m not quite sure it’s what I want. There are multiple ships to choose from, but naturally, I go straight for the Arwing, an exclusive vehicle in the Switch version. Fox was not available as a playable pilot, so I settle for Shaid.

In putting my ship together, I can choose from several available guns to equip, one on each wing. I opt for the Volcano with its rapid-fire blasts and the Imploder, a devious weapon that fires black holes that do sustained damage. Again, assembling my ship wasn’t what I’d call intuitive, but once I get into action, everything clicks.

I start off in space, flying freely above a planet that houses my first objective. Directional control of my vessel is handled with one control stick while the other activates thrust. After getting my bearings with everything, I dive toward the planet in a seamless transition from space to surface. Once on the ground, the controls of my ship change, mimicking those of the Star Fox Landmaster. I don’t fly so much as hover above the ground with full 360-degree movement. I can also jump and barrel roll, but if I screw up the latter maneuver I have to press the B button to recover. 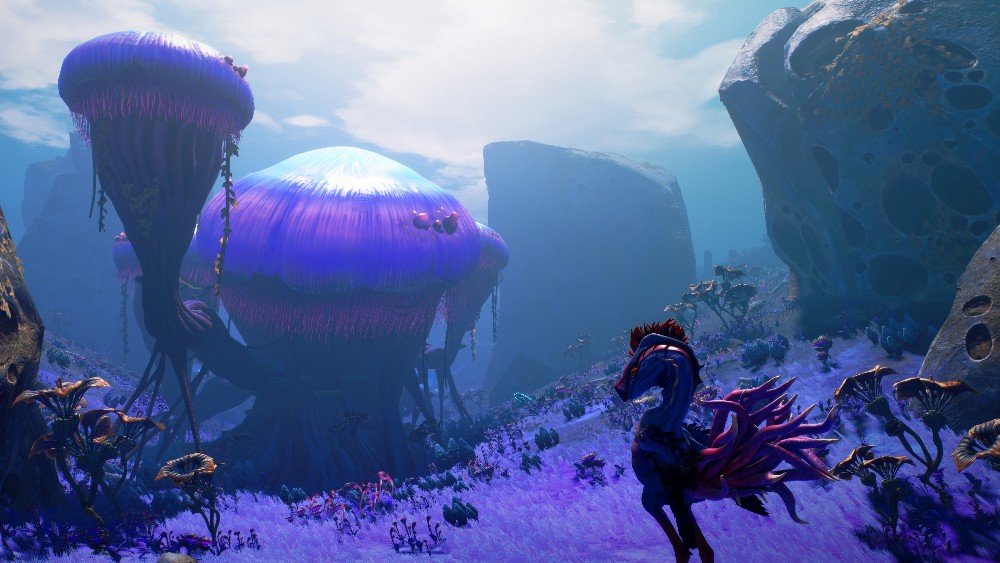 The left and right triggers handle my equipped guns and soon enough I fly my way over to my first skirmish as part of my mission. There are a few towers I have to take out, and I alternate between my Volcano and Imploder unleashing massive damage. At first, I can just fly around freely and wantonly fire, but as the energy of the main tower drops, it ups its defenses. My carefree fighting technique changes as the tower sends out deadly lasers I have to jump rope over while continuing to fire on its weak spot until it’s destroyed.

The second part of my mission takes me a short distance across the planet. Here, I encounter a four-legged beast that is my final objective. This boss is massive, towering over my ship and able to summon minions to help defend it. It seems like a lot, but I have everything in control. By now, I’m a veritable expert at handling my ship, quickly taking down the boss’s summoned creatures while blasting its weak points. It’s a long battle, but one I emerge victoriously from wondering if there is time for me to play it again.

Honestly, I’m still in shock with how good Starlink: Battle for Atlas is. With how disappointed I was with Star Fox Zero, Starlink fills me with glee. Nothing about what I played came across as a cheap cash-in banking on the appeal of toys-to-life. This is the real deal, and while there is still so much I don’t know about the game (like the scope of the galaxy), it very well could be the best game I play at E3 this year.