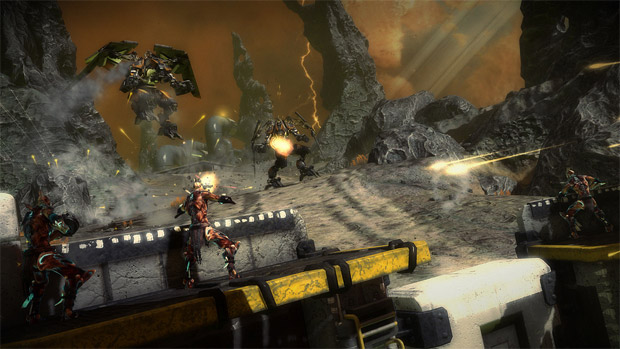 Having opened Starhawk up to a limited audience with a private beta over the last couple of months, LightBox is preparing to enter public beta. The PlayStation Blog has details on how and when North American players can get in.

First up are PlayStation Plus members and those who were in the private beta — you get access on January 17. Next come the people with beta vouchers from Uncharted 3: Drake’s Deception on Jan. 31. A week later, GameStop and PlayStation will be giving out vouchers via Facebook.

On February 14, IGN will offer up some beta keys, and finally, the rest of us plebs can get into the wholly open Starhawk beta as of February 21. Phew.