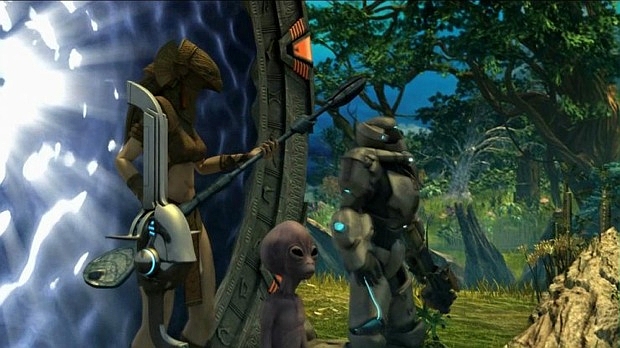 Things aren’t looking good for Stargate Worlds, the MMO based on the sci-fi series Stargate. Fan site GateWorld recently spoke with Brad Wright, the show’s executive producer and creative consultant, about the allegedly upcoming title. He was asked if the title had a future. And judging from his response, it sounds like the game doesn’t have one.

“We don’t know,” Wright said. “If it doesn’t happen — and, let’s be honest, it should be happening now if it was happening. It’s a shame. It’s a terrible shame.

“They had an opportunity and they got our support, and they obviously had significant funding, and it didn’t happen,” he continued. “It’s kind of a drag for the fans and the time that we invested — what little of it there really was, in comparison to what they did — was still a shame that it was wasted, because it should have happened.”

As GateWorld points out, the game’s production studio (Cheyenne Mountain) reportedly quit paying its employees for an extended period of time. They’re also, again, reportedly being sued for an unpaid debt to another company.