The official website for Stargate Resistance has posted a message that the game is basically closing down. While the loss of the MGM license was previously thought to only affect the sales of unreleased Stargate games, it now looks like this also included any new sales of the ill-fated online shooter. The game is now no longer for sale and anyone who bought it will only be able to play it until January 15, 2011. Ouch.

Stargate Resistance apparently had a small but close community and some devoted developers. One of the devs left a thank you note on the game’s forums that portrays both a sense of good intentions and a feeling of powerlessness. The fansite Stargate Gaming Info says it was contacted by an ex-developer earlier this month, who stated that the studio founder had been removed and that most of the devs weren’t even getting paid anymore. Yet they kept on working just to get some last content and patches out to the community. Lek’tol and thanks for trying guys.

While this effectively kills the Stargate franchise for video games on the short term, let’s look at the possibilities for the future!

Who should pick up the license?

With MGM filing for bankruptcy and the Stargate license itself being owned by MGM, the future is a bit uncertain at the moment. MGM did indicate they want to keep the license after rebooting the company and SyFy’s Stargate Universe has slowly gotten better over the last couple of episodes. If MGM does retain the license, it’s likely that they won’t bother to give it to Cheyenne Mountain Entertainment again. CME itself filed for bankruptcy and after never actually releasing a game for years, as well as all the management shenanigans that went on during the production of Stargate Worlds, MGM would be crazy to hand them the rights again.

THQ would be the obvious choice to pick the up the license. With CEO Brian Farrell at the helm, THQ is spearheading a lot of experimentation with different price points for retail games and transmedia. Their Executive VP Danny Bilson, who has a background in many different types of media, is also a vocal proponent of actually using transmedia to enrich storytelling rather than taking a cookie-cutter approach.

THQ is already working with SyFy on a Red Faction movie pilot for a TV show, a Homefront novel, and might potentially take Homefront down the Red Faction road as well. With their contacts with SyFy, working together to expand on the Stargate storyline doesn’t seem so farfetched. Still, it might take a while before the dust settles around the Stargate license so don’t hold your breath for now.

What games should they make and why?

The Stargate franchise has a lot of fans and if you want any kind of licensed game to succeed, it’s important to listen to those fans. That means focusing on good and memorable characters and having lore that is integrated with our own history. Stargate Atlantis had neither of those things and well, it sucked. Of course, not every game genre lends itself that well to talkative characters, but there is already a huge amount of lore ready to use for any genre. 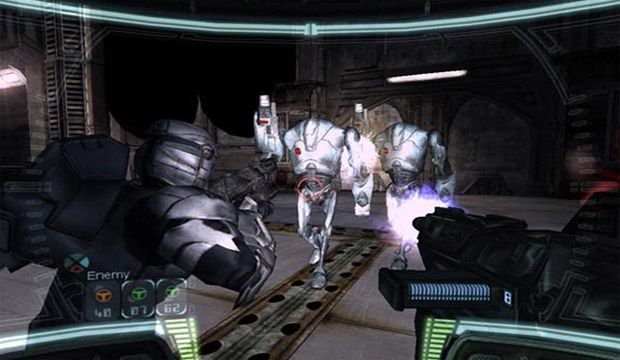 I’ve said this before but it just has to happen: a four player co-op shooter. Imagine a singleplayer campaign a la Republic Commando but with an SG team. The SG-1 team already has different “classes”, so you could draw inspiration from that without thinking too hard. If it’s too expensive to get the original cast to do the voicework, a random SG team will do as long as they make witty comments all the time. Make it work for those people who want to play it solo, and allow four player co-op for the campaign.

Multiplayer has all kinds of possibilities. You can do a Left 4 Dead style mode where an SG team has to retrieve an artifact and get it back to the gate, while Jaffa, Goa’uld and Unas (to name a few) try to stop them with different weapons and powers. Team deathmatch with SGC versus Jaffa forces would be great. Have a Juggernaut game mode where one person become an overpowered Anubis character while whoever kills him becomes Anubis afterwards. If you want, you can even make it like Battlefield with tanks, Gliders, X302s and Kel’tesh bombers. The possibilities are endless.

Enslaved with Teal’c. That’s all. He even has a bloody staff weapon already! 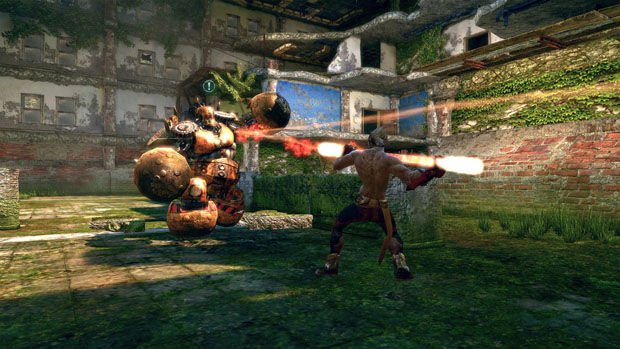 If anything, Halo Wars showed you can take an existing sci-fi license to the RTS realm on consoles. It’s still mostly a PC genre, but if you think consoles would make a better market then there’s no reason not to do it. The reason I’m even mentioning it is because the Halo franchise has a lot of military hardware that easily translates to the Stargate universe. You already have your different types of infantry, vehicles, turrets, fighters, bombers and motherships. If entering the PC RTS market feels to risky with Starcraft II out there, I could totally live with a Stargate Wars. Just outsource it to Robot Entertainment, the studio formed from ex-Ensemble Studios founders and employees.

It’s been years since the last good game in this genre was released. Does that mean nobody wants these games anymore? Hell no. We might not get a new X-Wing or TIE Fighter game any time soon, but when trailer footage of the Halo: Reach and The Old Republic surfaced, people went apeshit. And then they started complaining that it either looked or was very basic, or just a tunnel shooter. So there’s definitely an opportunity here.

Freespace 2, one of the best games in this genre, now has the free Diaspora mod that let’s you play battles from Battlestar Galactica as a Viper. While a Stargate mod for Freespace 2 called SG-1: Earth Defense has been under development since 2006, it’s still not playable. A Stargate space combat sim would not only give all fans of this genre something to play that isn’t a mod, but it might singlehandedly revitalize the genre itself. If that means a future TIE Fighter game could happen as a result, then that’s even better. 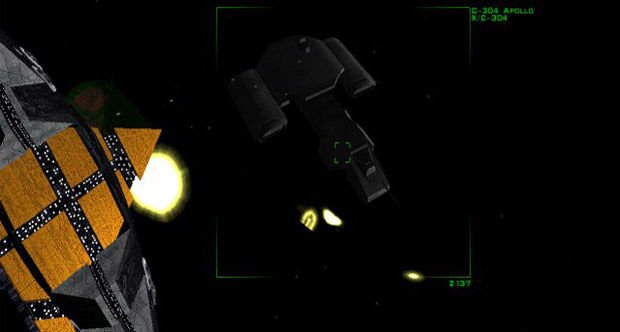 The 4X genre seems a bit more niche, but it’s still very popular. If you don’t know what it is, 4X stands for “explore, expand, exploit and exterminate”. These are games like Galactic Civilizations, Masters of Orion, Imperium Galactica and Sins of a Solar empire. There are already Star Wars and Star Trek games like this, so why not Stargate? Manage your planets, research new technologies, do diplomacy, get a cultural victory by ascending your race. Add a scenario and campaign builder tools and you can let the massive fanbase generate content for years to come!

This is going to happen for a sci-fi franchise one day or another, so you might as well jump on making a good one before anyone else does. The thing is, how do you get millions of sci-fi fans to play your game on Facebook and on their mobiles? The upcoming Civilization Facebook game might be worth checking out if it’s a success. Civilization is a 4X game itself and the turn-based nature fits the asynchronous gameplay nature of social games pretty nicely.

Other browser-based games like Travian, Ikariam and the countless clones have already proven to be very popular. Take that concept, put it in a Stargate jacket and let people manage and upgrade their planets and armies at home, work or on their mobiles. The only problem with this is how to monetize it. If you let players pay for anything that upsets the balance, that’s not going to work out well in a competitive MMO environment. I’ll leave that to Top Men to figure out.

If anything, you can use these types of games to try and create the funding for a proper game.

As some people pointed out in the comments before: a Stargate boxing game. Dr. Rush vs. Colonel Young. Daniel Jackson vs. Jack O’Neill. Samantha Carter vs. Vala Mal Doran. McKay vs. Zelenka. Teal’c vs. Woolsey? FIGHT! 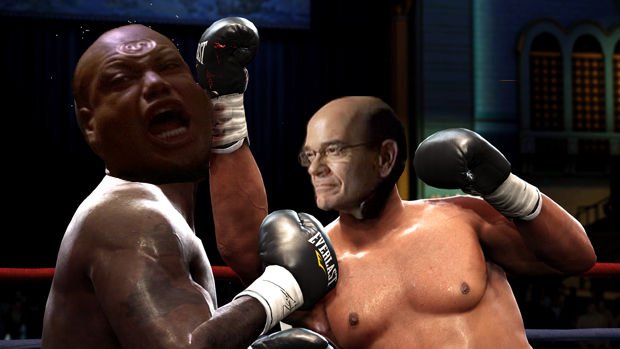 Will we see any of this happen?

We can only hope so. There’s a lot of “if’s” involved here. If MGM retains the license, if they give it to a developer or publisher that knows how to handle it and if Stargate Universe won’t ruin Stargate by the time a new game is released. But most of us Stargate fans have been waiting for something really good since Season 7 of SG-1. We can wait a little longer. And ehm, how old are the Real Trilogy and Star Trek TNG by now? Exactly.

Is there anything else any of you guys want to see from a future Stargate game?

[Story via Gateworld, thanks Gemsi!]