Bethesda has released a new video answering fans’ questions about its upcoming sci-fi RPG Starfield. In it, game director Todd Howard digs into the dialogue mechanics, traits, and more that will make up the Starfield universe.

The unlisted video, which was recently spotted and shared around, has Howard answering questions from fans about what’s in store. One big note is the dialogue system.

“We’ve gone back to a kind of a, I’ll call it like, a classic Bethesda-style dialogue,” said Howard. “With, you’re looking at the character and how they emote, and you have a series of choices there.”

Howard goes on to say that the scope of the game is a “bit more” than the team has done before, in terms of quests and “things like that”. But the dialogue has also expanded out pretty far, too. The team puts up this comparison, which clocks Starfield in at over 252,953 lines of dialogue compared to Skyrim‘s 60,000 and Fallout 4‘s 111,000. 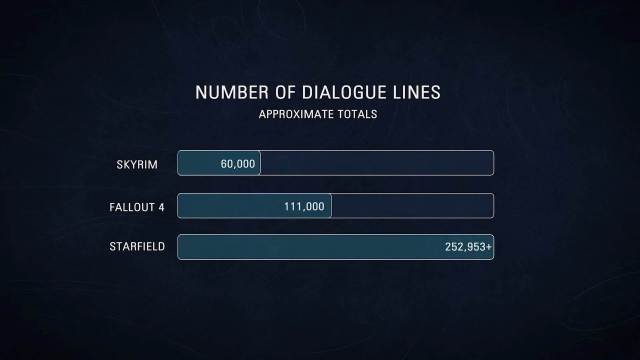 Now I can talk

Of course, sheer number of words is one thing, but it’s also about how you use them. Howard highlights the speech persuasion system. In a previous spotlight, the Starfield team compared its persuasion to The Elder Scrolls IV: Oblivion.

While there’s no wheel here, there’s definitely some verbal sparring. You need to spend points in dialogue to persuade people, which Howard says feels “natural.” 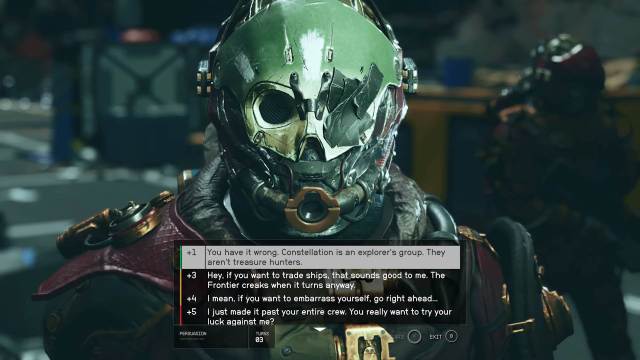 Fuel is also a subject the director comments on, saying the team recently changed it so the fuel in your drive limits “how far you can go at once, but it doesn’t run out of fuel.”

In another question, Howard talks about the trait system. Players will be able to construct their Starfield character to have traits. These are aspects that offer a boon, like already owning a house, at a price, like also having a debt to pay off. 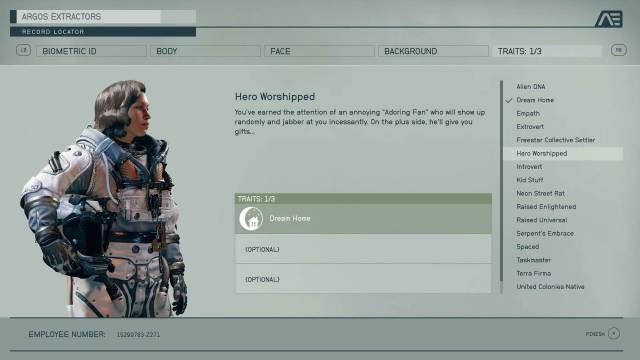 These are a cool addition in my view, as the benefit-downside balance makes for really interesting role-playing. Howard does say there will be a way in the game, an activity or quest you can do, that will remove the trait for the rest of your playthrough. So I guess if you don’t like the trade-off, you can get rid of it rather than roll a new character.

Starfield is currently aiming for a 2023 launch on Xbox Series X|S and PC.