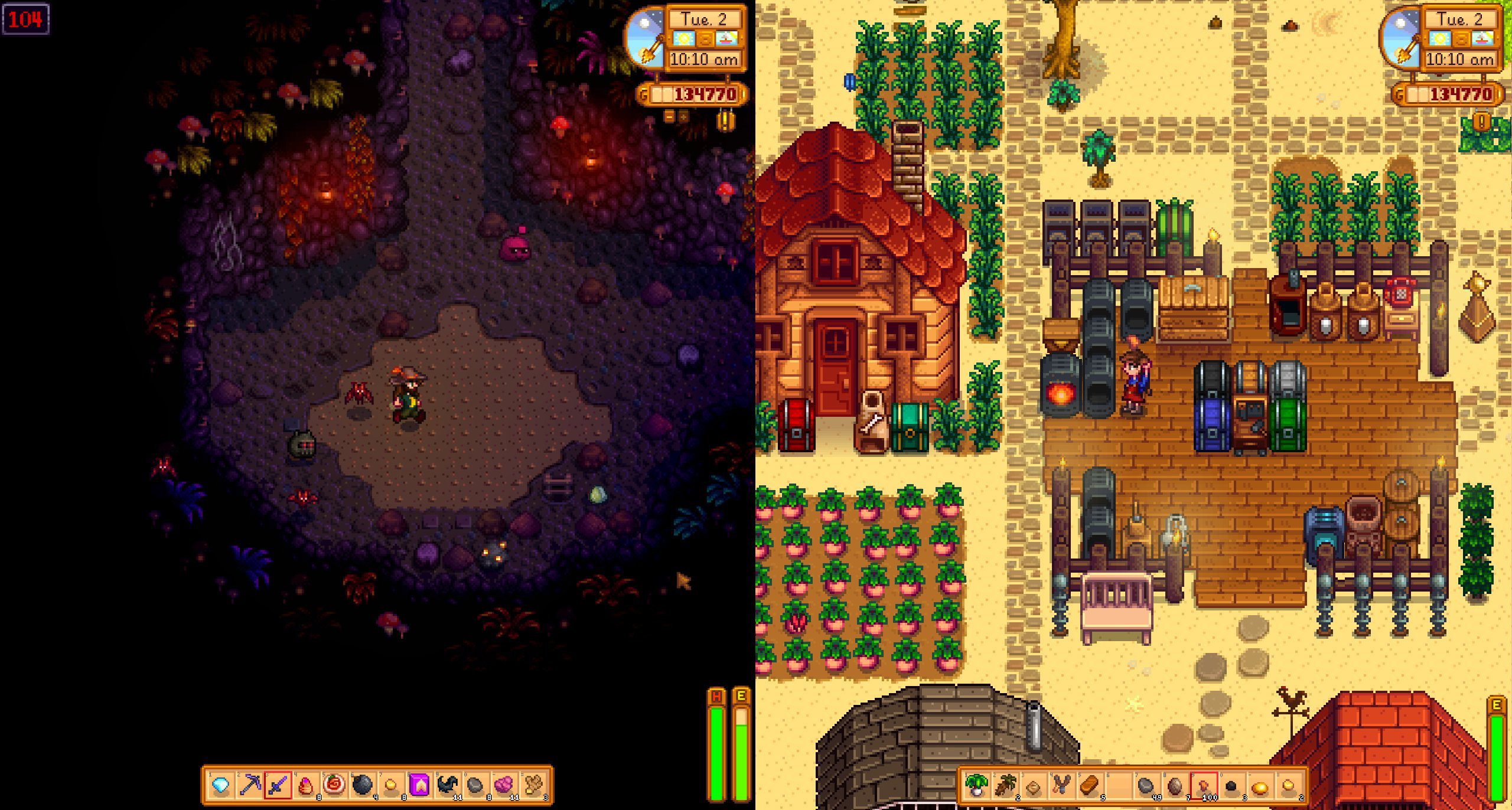 Local multiplayer is coming in update 1.5

Can ConcernedApe do no wrong? After Stardew Valley got online multiplayer, I wrote off split-screen co-op as something that probably wouldn’t happen – but where there’s a will, there’s a way. The developer has continued to improve the game over time, and he’s making good on another heavily wishlisted item.

As part of update 1.5, Stardew Valley will let you play side-by-side with a buddy.

In Stardew Valley 1.5, there will be splitscreen co-op! pic.twitter.com/n7XhPWSuSi

Elaborating on the feature, Eric Barone said that it’s coming to PC and consoles, although “the number of simultaneous players might vary” depending on where you play. For PC, it’s up to four-player split-screen. For certain console platforms – presumably Nintendo Switch – the cap could be two players.

I’m over the moon either way. When update 1.5 drops, I’m gonna lose myself to Stardew all over again.