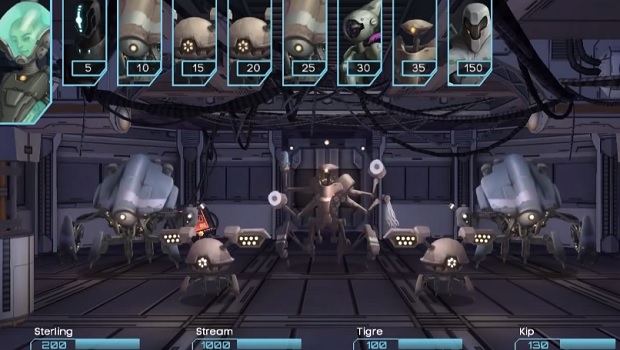 I know I’ve mentioned this before but sometime just a simple tweak to an existing formula is enough to get me interested in a new game. StarCrawlers is a sci-fi, dungeon-crawler RPG that’s being developed by Juggernaut Games, who has just launched its Kickstarter campaign. You take charge of a group of crawlers, mercenaries who do all the dirty work in the galaxy from salvaging wrecked star ships to corporate espionage.

Players will have to navigate procedurally-generated dungeons (which are really space ships but we’ll stick with genre terminology here) and level up their crew to escape with all the loot. Gameplay is your turn-based, tactical combat with a variety of different classes from your soldiers and hackers to cyber-ninjas and powerful psykers. I’ve always been more of a fan of science fiction over fantasy, so I’m happy to see something like StarCrawlers come along, after the success of a game like Legend of Grimrock.

Best of all, Ben Prunty of FTL fame is on board to do the soundtrack which is a big selling point for me. The soundtrack to FTL is one of my favorites and it really enhanced the atmosphere of the game, so having him signed on is a definite plus. Considering it’s a genre of game I don’t often play, StarCrawlers has a lot of good things going for it and has already got 20 percent of its modest $65,000 funding goal.