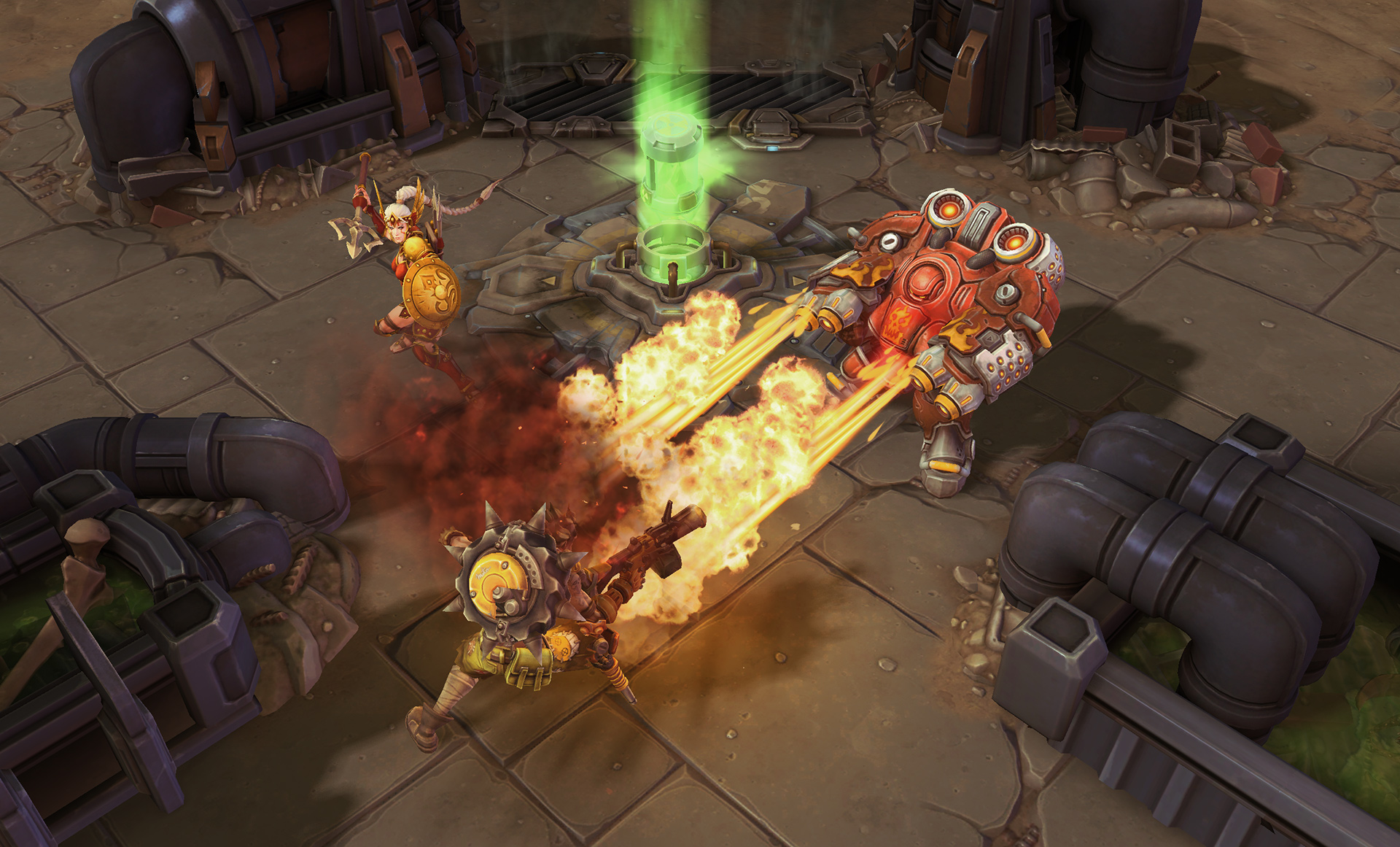 Blizzard has begun testing Blaze, the latest Heroes of the Storm character to represent StarCraft. The veteran Firebat joins the game as a ranged warrior who can spread oil on the battlefield, charge forward with jet propulsion, and even call in an air-dropped bunker that teammates can clamber into.

He’s playable now through January 8 on the PTR leading up to his release in the live game.

Cpl. Miles “Blaze” Lewis has always been drawn to the flame, but it wasn’t until he joined up with Raynor’s Raiders that he put his pyromania to good use. He’s seen his fair share of battles since then, and has never failed to bring the heat.

Looks like he’ll be tanky as heck. Should be another fun one!