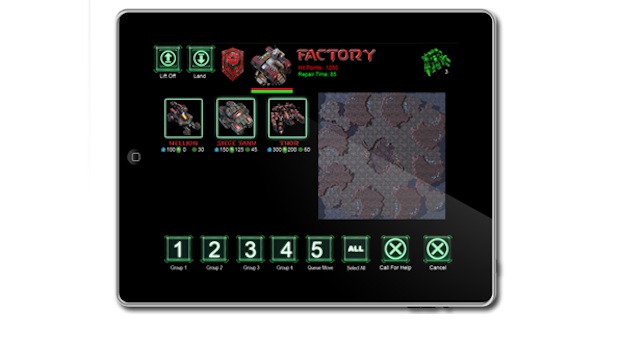 Imagine controlling StarCraft II with a touchscreen. That could be a reality with an upcoming app called the Starcraft 2 Gameboard. If what they say is true, you can control your PC game with your Apple device (blasphemy!) instead of your mouse and keyboard. The web site says that this app will be released in September for $2.99.

If this actually sucessfully releases (don’t be a dick, Blizzard), you’ll use a client to connect, and then you’ll have access to all your hot keys, unit commands, maps, stats and everything else on your touchscreen device. Any of the touchscreen Apple iDevices will work, they say.

The official website says that current screens are only mockups, and that the full reveal will take place tomorrow, August 31st.