Invites for beta on March 31

Where were you when that debut trailer for StarCraft II popped up online? It made its announcement all the way back in 2007 at the Blizzard Worldwide Invitational in South Korea. Much has changed since then. With the release of two StarCraft II titles so far, Blizzard has been trying to keep things interesting for the series in the face of evolving tastes and new games.

But one thing sure hasn’t changed in the time since its debut all those years ago. People are still very much into the series, and with the final expansion rearing its head, the developers at Blizzard want players to get some hands-on time with the legendary real-time strategy title before its official release. Which, of course, hasn’t quite been revealed yet.

During GDC, I got the opportunity to speak with Blizzard about its plans for the future of StarCraft, and how the upcoming expansion plans to tie everything up in dramatic and epic fashion. 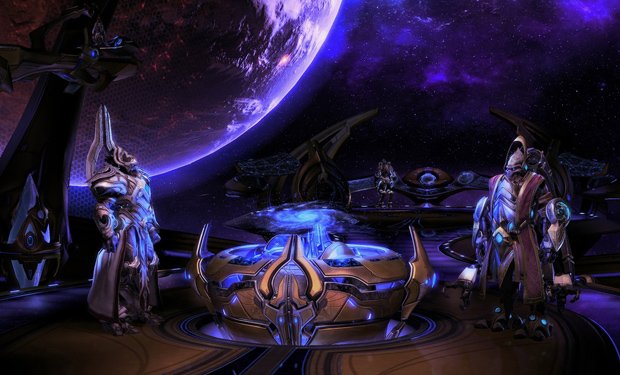 “Not only is this the conclusion of the StarCraft II trilogy, but also the conclusion to the StarCraft story,” said lead game producer Tim Morten. “It really ties together the storylines we’ve had over the years, and this particular installation will focus on the Protoss.”

With the previous campaigns focusing on the exploits of the Jim Raynor and Sarah Kerrigan of the Terran and Zerg factions, Legacy of the Void shifts the point of view to the Protoss and its leader Artanis. With the looming threat of the fallen one, Amon, the Protoss and the other factions must ready for battle as the malevolent being seeks to corrupt the galaxy with its powers. As the conclusion to the StarCraft II trilogy, everything has come to this moment, and the upcoming battles will decide the fate of the entire universe.

Much like the previous installments, Legacy of the Void is a standalone release that won’t require the other entries to play. Though players who’ve invested time in everything that is StarCraft II thus far will surely have a greater experience, Legacy is a title the developers at Blizzard hope will be accessible for newcomers as well. 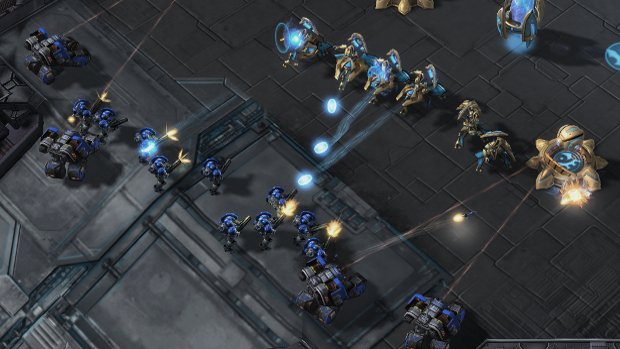 Though rest assured, Legacy of the Void has every intention of maintaining the high-level play and nuance the series is known for. However, the developers wish to offer newcomers a way to ease into the experience rather than take the trial-by-fire approach. With the new expansion, there’s a larger focus on team and cooperative play this time around.

Debuting in the expansion are two new gameplay modes called Archon and Allied Commander. For the former, two players will work together to build a base and defend it against enemies. This is essentially co-op mode for the standard competitive mode. While it’s exciting for high-level play — there’s twice the efficiency and output — the developers also hope it’ll prove to be an effective learning tool for new players. With an experienced player working as a helping hand alongside a newcomer, they’ll be able to learn the ropes much faster. 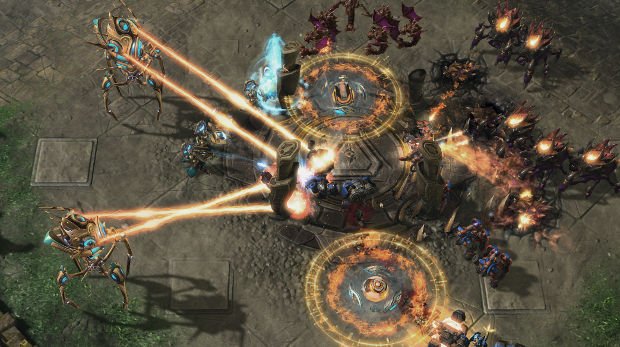 In Allied Commander, players will be able to control the various heroes of the StarCraft universe including Jim Raynor to Sarah Kerrigan. The mode, which lets you take them on a unique campaign as they level up and boost their forces, seems to pull in the best parts of the story mode with the hectic action found in multiplayer battles.

Of course, with the new expansion Blizzard has added a whole slew of tweaks and additions. Given such a sizable time between releases, the team was able to gather a lot of player data and make necessary changes. For instance, each faction has new units and upgrades to existing stats and attributes. As the community manages to push the game to its limits, the developers have to try and experiment with new upgrades and tweaks to gameplay. The in-game economy has been altered to encourage expansion and movement, for example, which will yield greater rewards for your base. Moreover, attack damage and range have been tweaked a bit to allow players to use existing and new units in different ways. And speaking of the new units, the folks at Blizzard went all out with upgrades for the factions.

The Terran now have access to the Cyclone tank, which can link up with other like units to deal bonus damage. The Zerg has a long-range unit called the Ravager that can deal poisonous area-of-effect damage and disable Protoss shields. And finally, the Protoss can now call forth the Adept, which focuses on close-range combat. The unique thing about the Adept is its shade ability, as it allows the unit to summon a player-controlled ghost of itself to move around the battlefield. After a set amount of time, the Adept will teleport to the position that the shade was in previously. There’s impressive potential for these units, and it’ll be interesting to see how players experiment with new strategies. 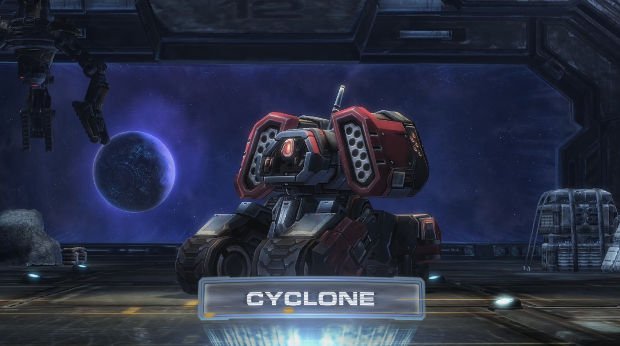 Admittedly, I’m a novice when it comes to StarCraft, but I’ve been an admirer of the series for a long time. I’ve found a lot to like with this brief taste of the expansion, which will have some of the biggest additions the series has seen in a long time. The changes I’ve mentioned only scratch the surface for what’s been added, such as movable Siege Tanks, new abilities for the existing units, and tweaks to movement and attack damage to name a few.

With the upcoming beta, Blizzard hopes to test the waters with these new changes in order to get player feedback on what they would like to see happen in the expansion. Obviously, the series owes much to its fanbase, so it’s great as always to see the developers open up with invites to the beta on March 31 to give them a deep and thorough look. Although the official release date is still unknown at this point, it’ll be exciting to see how the game evolves from here.