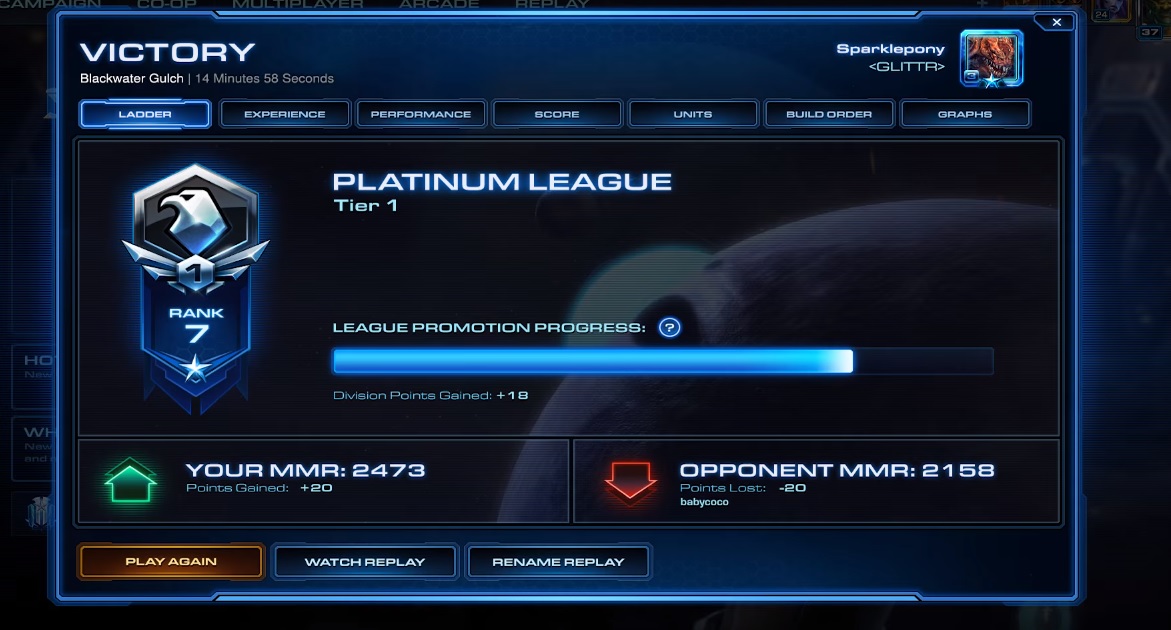 Blizzard credits the community for the changes

StarCraft II is about to get a complete revamp of its ladder mode. In addition to making MMR visible to players, there’s also a progress bar. Grandmaster League will now have a “daily” promotion and demotion system, which will have the secondary bonus of helping Blizzard  manage tournaments.

I know a lot of people have no interest in competitive modes, but Blizzard has always done a great job of catering to the hardcore community, which are the ones playing their games and supporting them years down the line.

Making MMR visible is a great idea for ranked play, as people don’t want to generally guess how well they’re doing. Overwatch is getting this concept when ranked play hits — I wonder if Heroes of the Storm (which also just got a huge ranked revamp) is next.