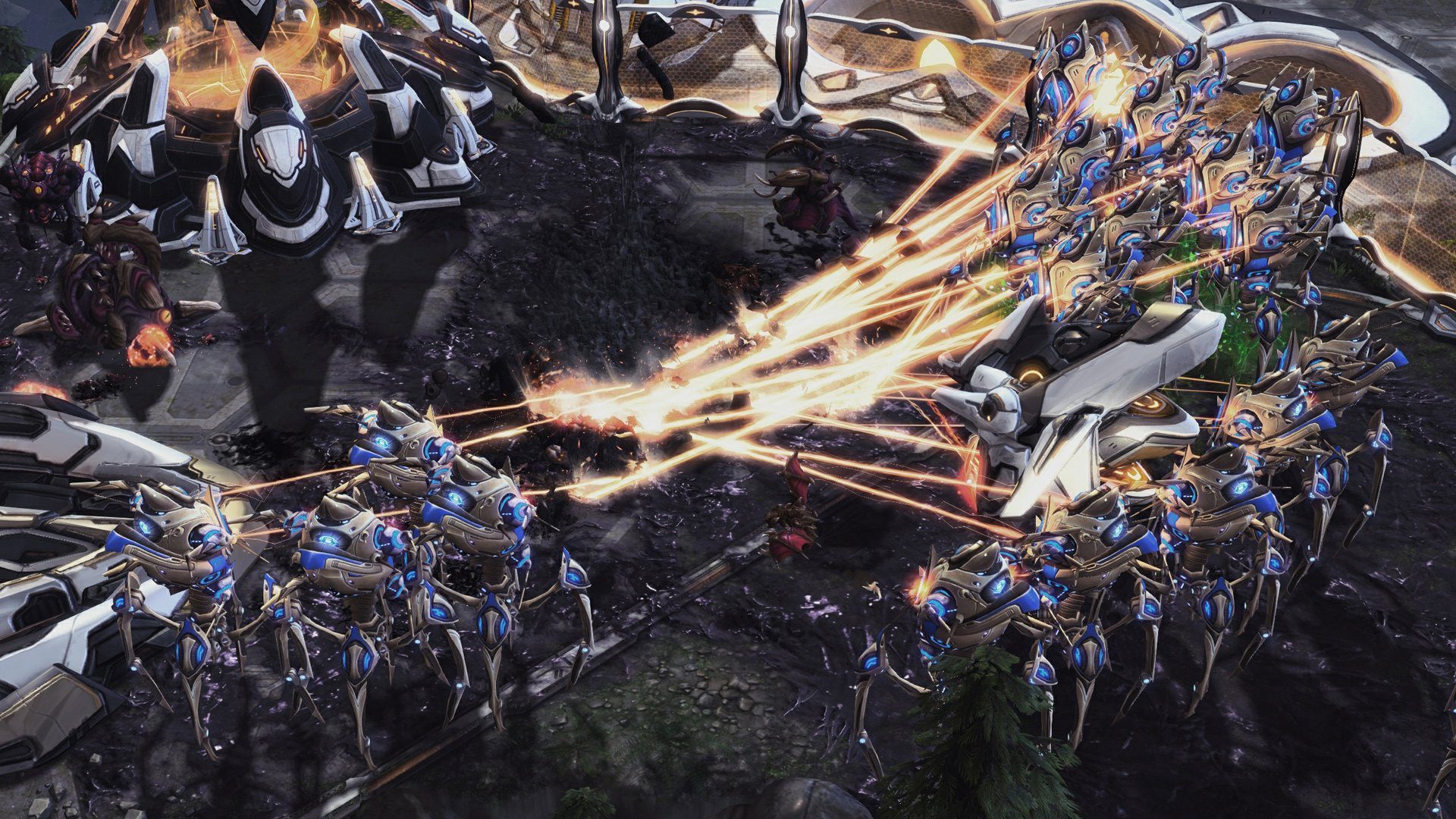 In a moment of self-reflection where we all just turn to dust, Blizzard has reminded everyone that today is the 10th anniversary of StarCraft II. There’s a beefy 5.0 patch to celebrate the occasion.

Most of the anniversary update has to do with expanding the Galaxy Map Editor – expect lots of nitty-gritty features and better support for custom campaigns – but there are a few other things to bring up. There’s a countdown timer in Versus matches once players have loaded in, a Prestige progression system for co-op Commanders to unlock talents, and new Campaign achievements for “all 83 missions.”

I’m most excited about the latter – if nothing else, as a predominantly solo-focused RTS player, I adore Blizzard’s mission designs. I always had to fight the urge to replay levels as soon as I finished them.

If you manage to earn every 10th anniversary achievement, you’ll unlock the Stone announcer in StarCraft II. “These achievements can be earned on any difficulty above Normal. However, they are designed to be scalable and are possible, though extremely challenging, on even Brutal.”

If you’re not up to that commitment, you’ll still get something new for showing up. You can unlock the White-Ra announcer just by logging into the game between July 27 and August 10, 2020.

The team is also planning to run down the “10 greatest games in StarCraft II esports” starting this week.

For many of us, this a chance to think back on the series at large and how amped we were for a StarCraft sequel. Things didn’t work out exactly as expected for the story, and the esports scene – to say nothing of Blizzard as a company – has changed so much over the last decade. It’s been a wild ride.