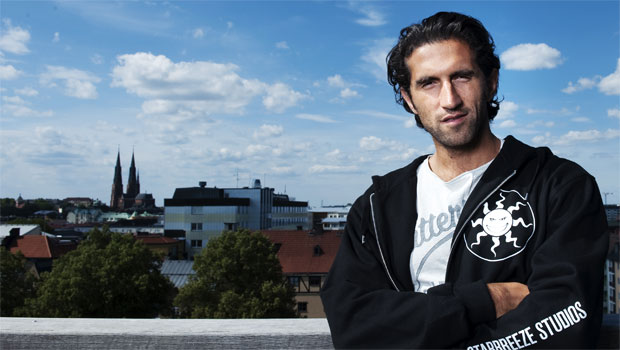 Sweden’s Starbreeze sure is keeping itself busy these days. With the recently announced Syndicate reboot for Electronic Arts set for a 2012 release, it’s already looking at its next preject: a new and original IP.

The studio has steamed up with director Josef Fares, best known in Sweden for his hit film, Jalla! Jalla! and the 2010 comedy, Farsan. Right now, we don’t know anything about the game’s concept, which is being developed with consulting firm The Story Lab. The idea came directly from Fares, a gamer himself, who pitched the idea to Starbreeze.

“I love games, and I have been working on a games concept for quite some time. The more I worked with the concept, the more convinced I felt that this is a solid game idea” says Fares, pictured above on the right with Starbreeze CEO Mikael Nermark.

“Just minutes into Josef’s presentation we knew that this was a game that we wanted to develop, and we started to work on the concept the very same day” adds Nermark.

The new game would be Starbreeze’s first wholly original project since 2004’s Europe-only Knights of the Temple: Infernal Crusade.