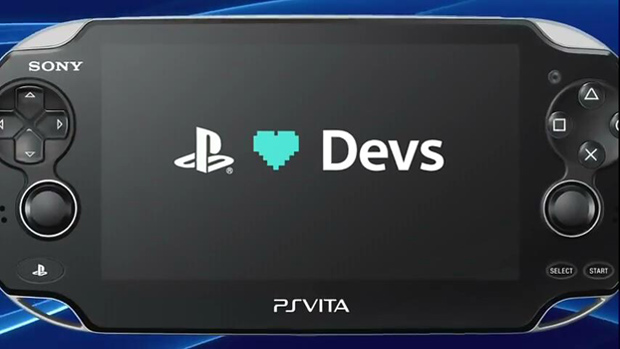 More indies to feast on!

[Update: As announced on Polytron’s official site, Fez will be headed to PS3 as well. In addition, Sony’s released a full list of indie titles headed for each platform in the near future. The list includes gems such as Broken Sword: The Serpent’s Curse, Euphoria HD, Joe Danger, and many more. You can view the full list after the jump!]

During today’s Sony conference it was announced that several new indie titles would be coming to both the PlayStation Vita and the PlayStation 4, including the upcoming indie action and adventure platformer Starbound, the critically-acclaimed Fez, and the sequel to FuturLab’s 2012 shoot’em up Velocity 2X.

For those of you who may not be familiar with them, in Starbound, you’ll find yourself exploring new planets, settling, claiming resources, or even battling its inhabitants either alone or with fellow adventurers. Velocity 2X is a top-down shooter with a puzzle-based twist. You command a warp ship capable of teleporting through objects, while trying to race through each stage while battling countless waves of alien foes.

With any luck, these titles in addition to the recent announcement of Borderlands 2, will help to bolster the handheld’s sparse library, while giving potential consumers even more of a reason to pick up Sony’s next-gen console.