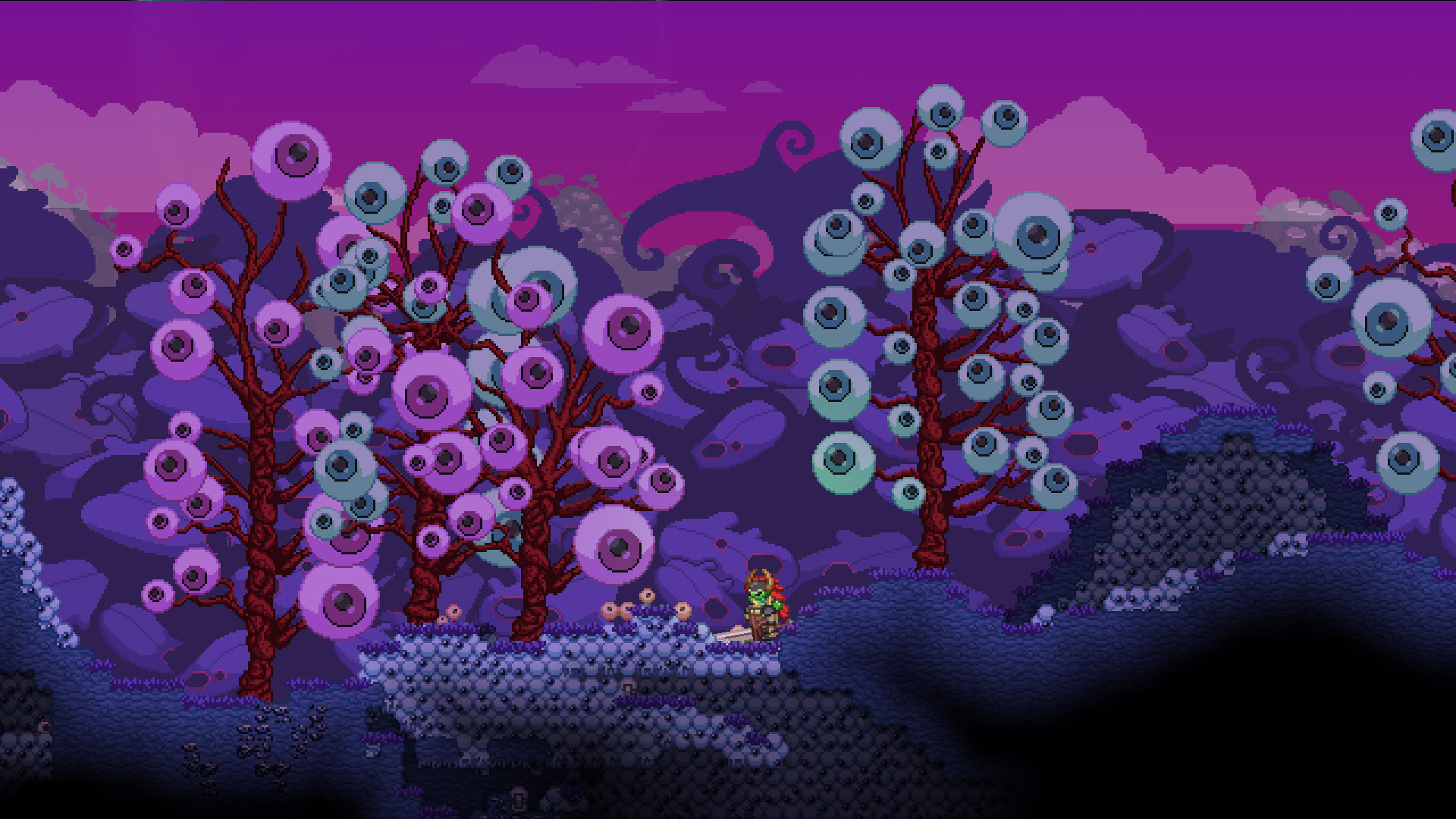 Time to give this another shot

I played too much Starbound too early, and as we inch closer to the next major update — the one that’ll push it out of Steam Early Access at long last — that sentiment keeps coming up. A bunch of us want to give the extraterrestrial sandbox game another earnest attempt, but not until it’s done. It won’t be much longer: the full release (version 1.0) is coming on July 22, 2016. Two weeks!

“After ~5 years, the game we set out to make finally exists,” wrote Chucklefish, “and to say that it all feels a bit surreal would be a massive understatement! While Starbound will be finished in two weeks, this isn’t the end. We will continue to update and support Starbound for as long as we can. We’ve got loads of cool ideas we couldn’t fit into 1.0 but hope to put into future updates.”

I’m most interested to try the (new-to-me) combat system, but the revamped crafting, better-realized planet generation, and more fleshed-out storyline and side quests should be good, too. If you need a refresher on the 1.0 additions, Chucklefish has a big rundown over here.