‘Knights of the Fallen Empire’

Man, I’m surprised Star Wars: The Old Republic is still trucking along. You have to give it to BioWare (and to some extent, EA) for staying with it after its mixed reception at launch, so-so expansion packs, and its transition into free-to-play. I was there day one, and promptly quit after reaching level 50 as there wasn’t really a whole lot to do after I had experienced a few of the stories.

But with the newest Knights of the Fallen Empire expansion that launched last week, I’m back in, dabbling a bit with old and new characters alike. It’s a marked improvement. 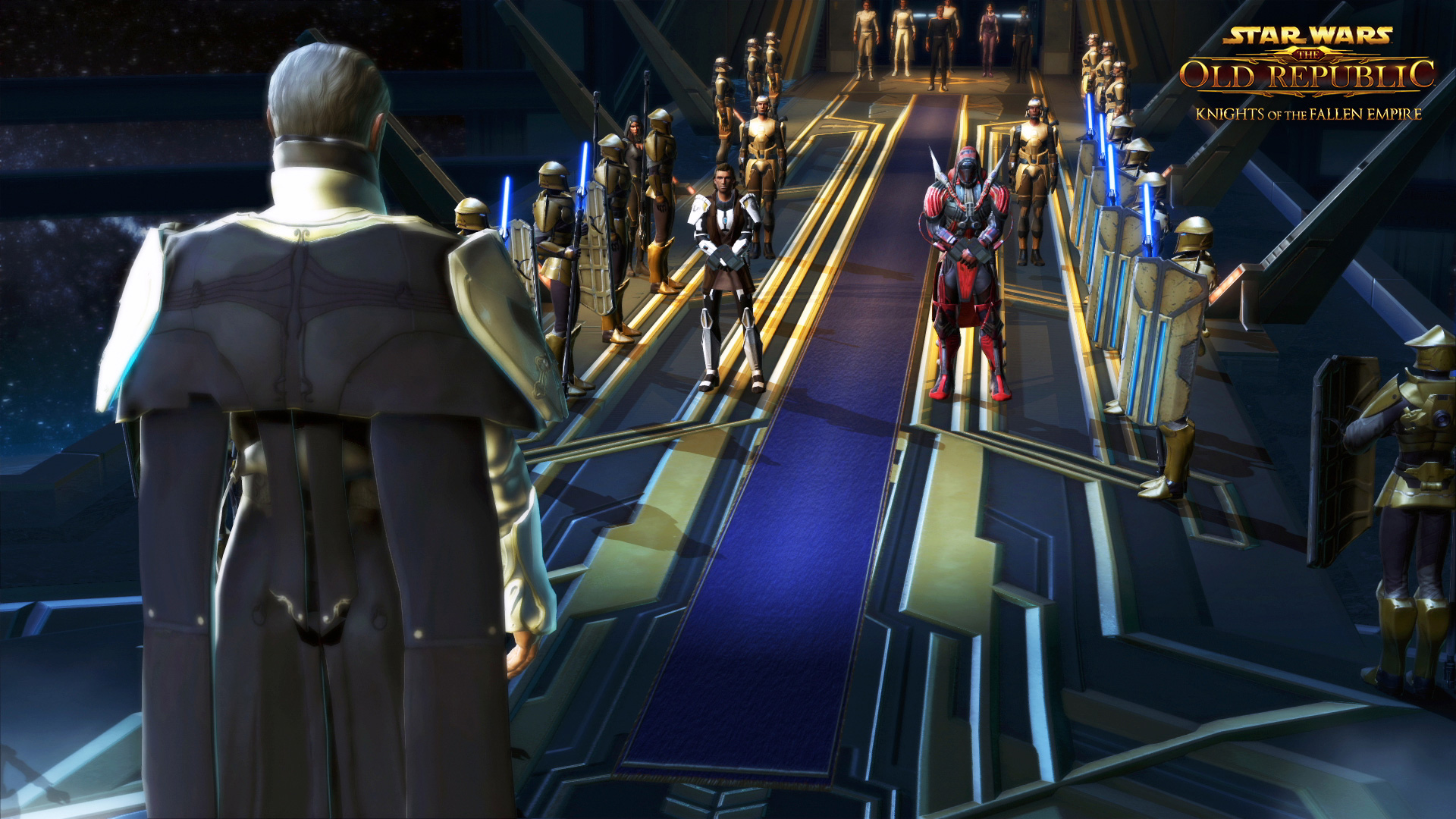 Let’s start with some of the enhancements the expansion has made globally, outside of the confines of the new storyline. I immediately created a new character and found that there have been a ton of concessions to make it less of a slog. For starters, XP gain has seen a stark increase across the board, so you don’t have to do nearly every mission on a planet to move on to the next one — instead, you can essentially follow the core storyline and that’s it. This is how it always should have been structured, as most of the sidequests are rather dull. It’s also much easier to see what is and isn’t story related (narrative quests have a purple tint).

Gear statistics have now been simplified so you don’t find nearly as much trash, and fast travel is enhanced thanks to instant access to flight paths. Companions have been severely streamlined when it comes to gear as well (in a good way), so you can basically choose whoever you want and fit them into any role you wish. Here’s the biggest change: you can basically do everything, including required Flashpoints (dungeons), by yourself.

It’s silly to say since this is technically an MMO, but Old Republic has made a ton of concessions for solo players. For the most part when I embarked upon my journey to max out at level 50 years ago I played alone, but there were a ton of sections where I needed assistance or was required to grind to progress with the story. With the dawn of Knights of the Fallen Empire, that need is basically eliminated. In this way, it now truly feels more like a Knights of the Old Republic 3. In the past it was ludicrous to ask someone to pay a subscription fee to experience that by yourself, but it’s much easier to swallow for free. 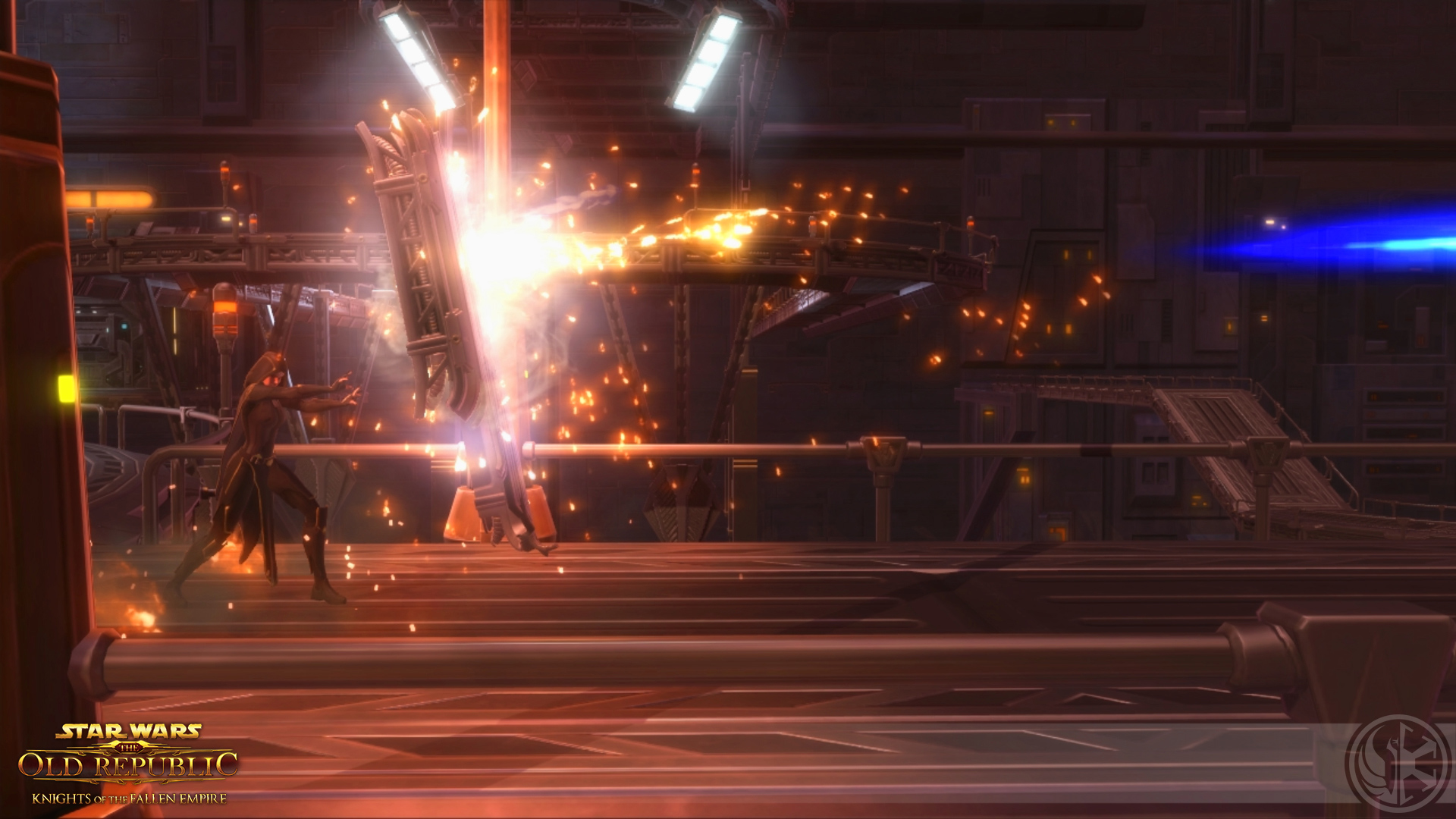 As previously mentioned, the new narrative is actually quite good, and feels like a true follow-up to KOTOR. To start the Fallen Empire storyline (which now goes to level 65), you’ll need to have a maxed out 60 character. By subscribing (and thus gaining access to the expansion), you’ll net one max boost, so you can breeze past the previous Hutt Cartel (previously 55) and Shadow of Revan (previously 60) add-ons. From there it’s dead simple to start up the campaign, as you only need to queue up the mission on your ship.

Missions in Empire are now more pointed. They don’t feel like a shoehorned-in excuse to justify an MMO and a subscription fee — they feel like quests from a classic BioWare RPG. Everything is much more cinematic and imposing, and the dialogue feels more meaningful. They’re also completely removed from the gamey elements of Old Republic, almost like a separate mode entirely, devoid of grindy, time-wasting activities. In essence, this is something worth paying for, especially if you have some free time and want to go through it in a month before unsubscribing again.

Over half of the Empire chapters have been released, and others will subsequently be released over time. It’s something I would normally get kind of miffed about (gotta keep people subscribed somehow), but given all the other improvements, I just took to creating another class instead. 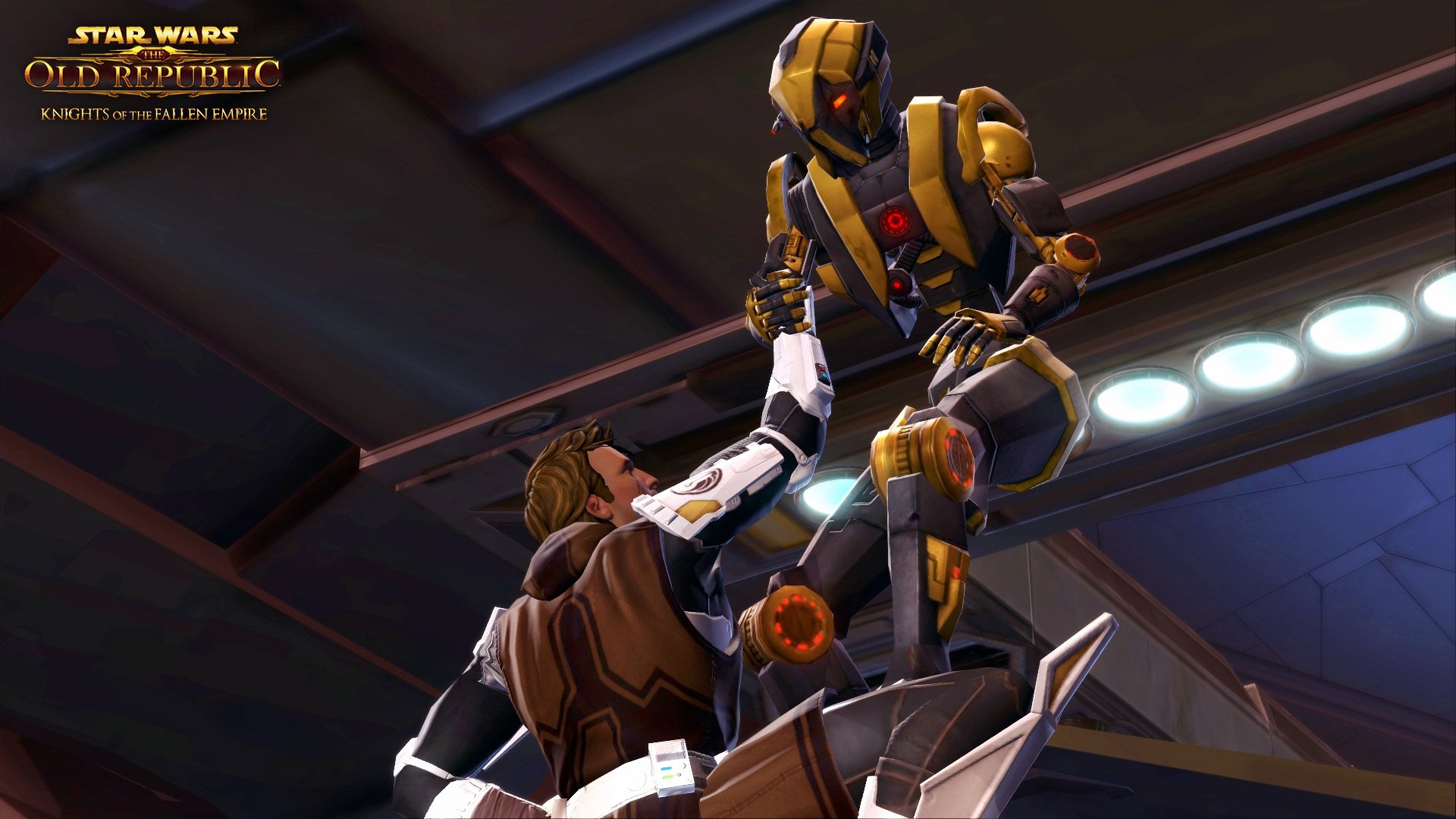 It took BioWare long enough, but Star Wars: The Old Republic‘s 4.0 build really feels like what the game should have been like at launch. Whether you’re a new player jumping in for the first time or a disenchanted veteran who’s cautiously interested in subscribing again, The Fallen Empire is worth a shot.

[This impressions piece is based on subscription time purchased by the reviewer.]