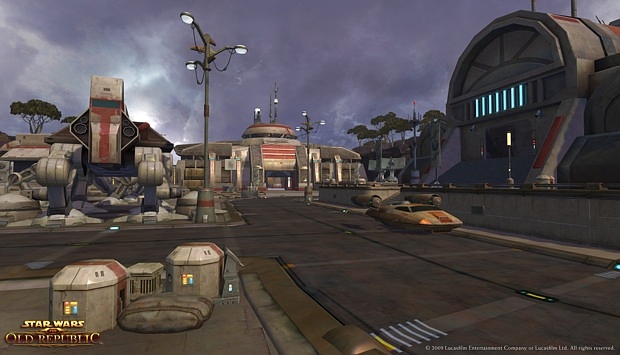 Here’s some tasty Game Developer Conference 2009 leftovers. According to BioWare co-executive producer Dr. Greg Zeschuk, the price for upcoming MMO Star Wars: The Old Republic will probably be based on the market at the time it’s released.

“The way we look at these things is, ‘What’s the standard at the time?’ Obviously we’re not quite done yet,” Zeschuk told VG247. “We’ve got a lot of work left to do. But we’ll be very conscious of how the market looks.”

I’m not a good analyst — I said Mother 3 would be released stateside a total of forty times now — so I won’t even bother with speculation as to what SW: TOR will cost. I will say, however, that I’m going to pay it. And I’m probably going to lose my social life and most work productivity as a result.