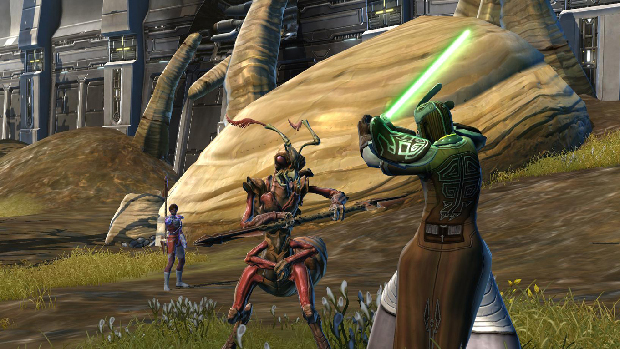 Starting this Thursday, March 15th, non-subscribers will be able to play Star Wars: The Old Republic for free until Monday, March 19th! For all of you people who have been saying “I’ll wait until it’s permanently free to play,” I think this is the closest you’ll get for a long time. The game seems to be doing pretty well for itself even if the vocal minority is as loud as ever.

Our impressions of the game were really positive back when it was released and although I can’t speak for anyone else, I’ve since moved on and unsubscribed. I just wasn’t as into it after that “honeymoon” phase ended.

Anyway, this free weekend will allow you to get a character up to level 15, with limits on where you can travel as well. It’s all explained in this handy dandy FAQ up on the site. If I’m reading this correctly, it seems as if previous subscribers will have to make a new “free” account to get in on this. So will those of you who are holding out give this a whirl?