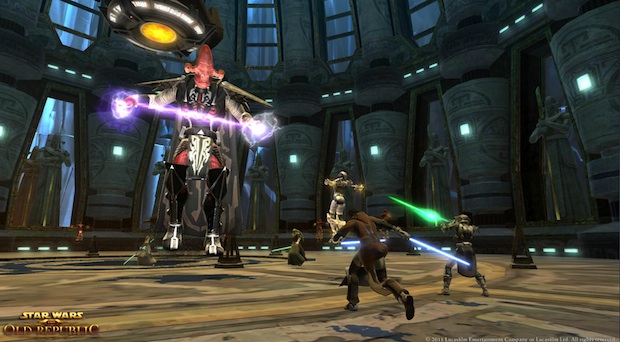 MMO Star Wars: The Old Republic continues to grow, now coming in at 1.7 million active subscribers since its launch in December. EA says that over 2 million gamers have purchased a copy of SWTOR in these past six weeks, and they’ve been playing the sh*t out of it ever since. Right know we stand at about 239 million game hours, or over 27,000 years of in-game time. Over 20 billion NPCs have been killed, and more than 148 billion credits have been spent in the past month or so.

EA credits early success to their uptime record, which stands at 99.5 percent outside scheduled maintenance. They say that the next game update, which will bring new content, systems and guild features, is scheduled for release in Spring 2012.