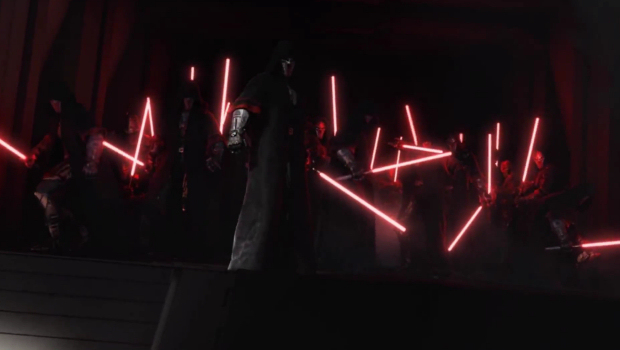 Recently, I’ve had to accept the fact that if I’m not already playing Star Wars: The Old Republic by a certain time in the evening, I won’t be playing it again that night. The game’s servers are absolutely stuffed to the gills, despite EA rolling out early access to ensure a smooth launch.

The average waiting time is between forty and sixty minutes, although CVG‘s reported some users getting hit with two hour delays. Developer BioWare is fully aware of the issue, and is working to resolve problems.

“On one hand, you do not want people to wait too long — on the other hand, you want to make sure that people have a dynamic, engaging community to play with for long after launch,” said executive producer Jeff Hickman. “Either way, we have one clear objective – to make sure folks have fun.

“While we can’t promise that there won’t ever be queues, we can promise you that we are taking this matter seriously and constantly reviewing them to make sure that they are manageable and reasonable.”

In terms of MMO launches, The Old Republic has actually been one of the smoothest and most painless. Nevertheless, it’s pretty frustrating at the moment, and it seems like it’ll get worse before it gets better — the game still hasn’t released to the general public yet!