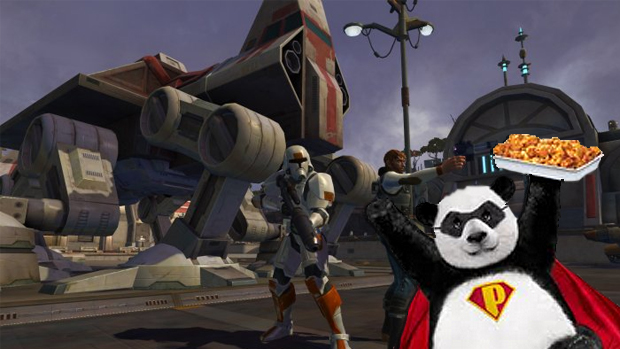 For a while there, I really bought into The Old Republic taking Blizzard’s crown. But, here we are with BioWare’s game going free-to-play next week and World of Warcraft maintaing a userbase of 10 million subscribers.WoW‘s userbase peaked at 12m in 2010, while TOR‘s peak was reached earlier this year at 350,000 1.3m. Let that sink in. Maybe going free-to-play will change things.

I tried to tell BioWare to make a Panda Express expansion but they didn’t listen. See what happens guys!?