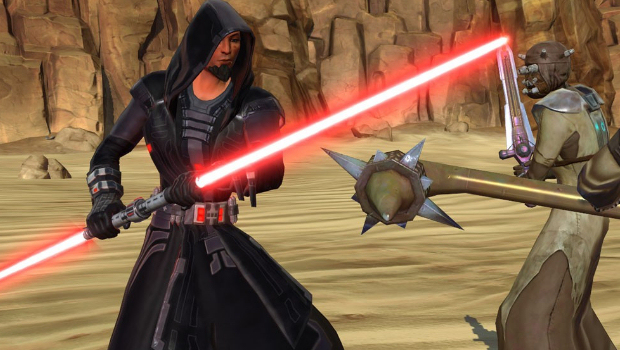 It seems that Star Wars: The Old Republic just can’t catch a break. Despite being a very good game, many customers are still having frustrating problems with getting the game running. The latest issue sees an angry portion of gamers unable to install the software at all, with the game’s launcher downloading around 16GB of information, before giving up and starting again on an infinite loop.

The “Assets 21” stage of the installation process seems to lie at the heart of the trouble, with installations reportedly giving up at that stage. One Australian user allegedly had to pay his ISP a surcharge for breaking his bandwidth limit while attempting to install the thing.

According to the multiple threads on the issue, there’s a problem with BioWare’s servers sending corrupt data to users. BioWare has said it’s aware of problems, but has not given an ETA on any fixes, instead suggesting users download the game on another computer before transferring files over to the computer they want to use. Users have come up with more elaborate fixes of their own.

It’s a shame that The Old Republic has been marred with issues since launch, since it overshadows what a good game it is once players can actually get into the thing.