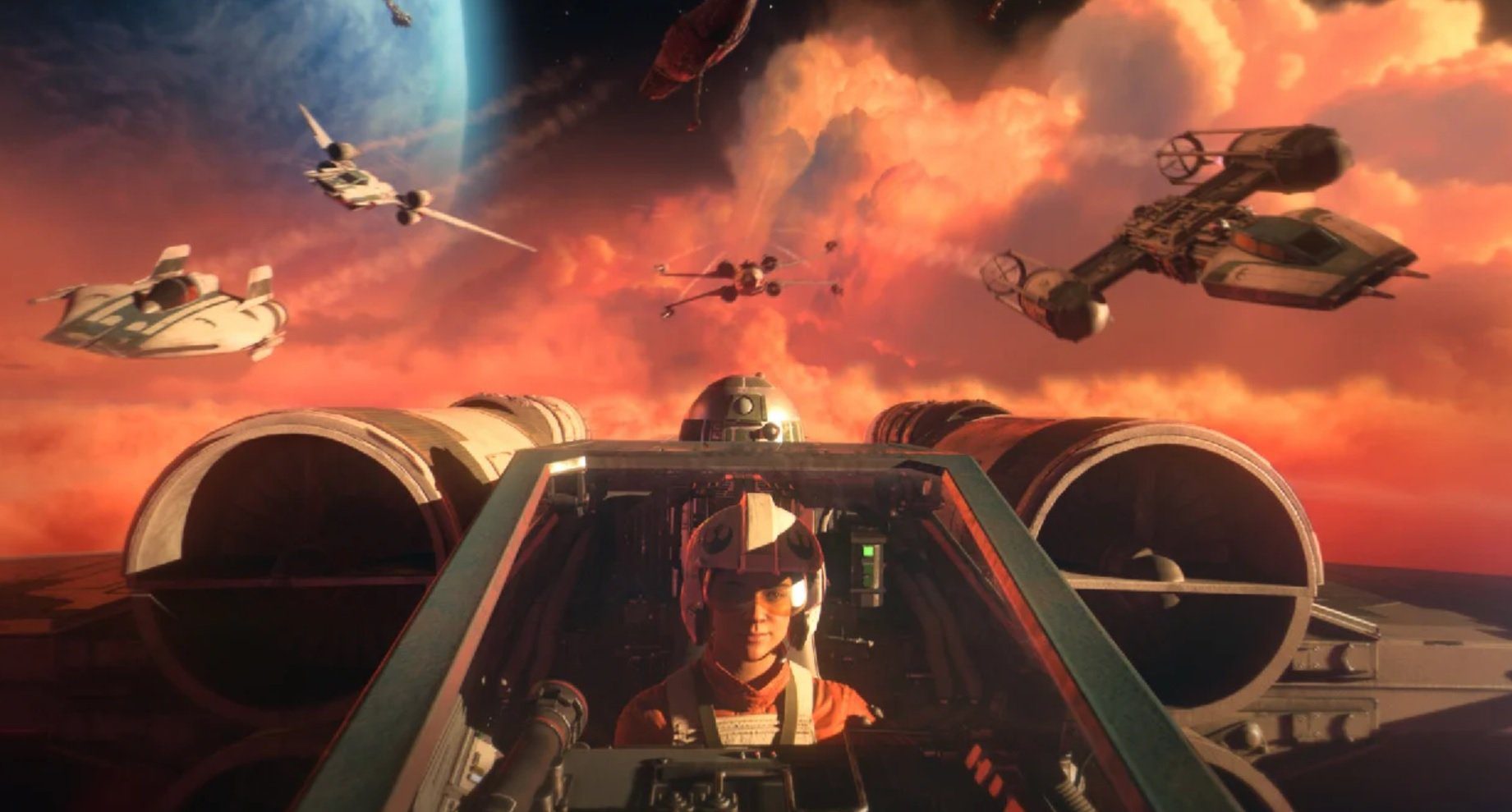 The gist was that Xbox Series X/S consoles would get a 120 FPS option, while PS5 would simply be bolstered with “improved visual quality and lighting.” That patch has rolled out this week and did exactly that. Update 3.0 is now live for all you Squadrons players, which adds multiple toggles to the Series X/S editions, and the “same resolution and framerate as the PS4 Pro” for PS5.

But there’s a little more here than new visual sheens. The Fostar Haven map is now available for the dogfight and fleet battles modes, and numerous bugs have been fixed on all platforms. HOTAS (hands on throttle-and-stick) rigs will also now work with devices that support up to 128 buttons: a stark upgrade from the previously supported 40. That’s huge! Developer Motive was big on supporting that classic flight sim crowd pre-launch and they’ve stuck to that philosophy.

Also, more cosmetics are in too, including a paint job “inspired by the classic Kenner Products” Star Wars toys. Going off on a tangent, if you even remotely enjoy toy history, give The Toys that Made Us a watch on Netflix. They have an episode specifically dealing with the long and messy history of Star Wars products.

If you’re more interested in the nitty gritty of the patch notes, you can find a rundown of the general upgrades below, or the full notes here.