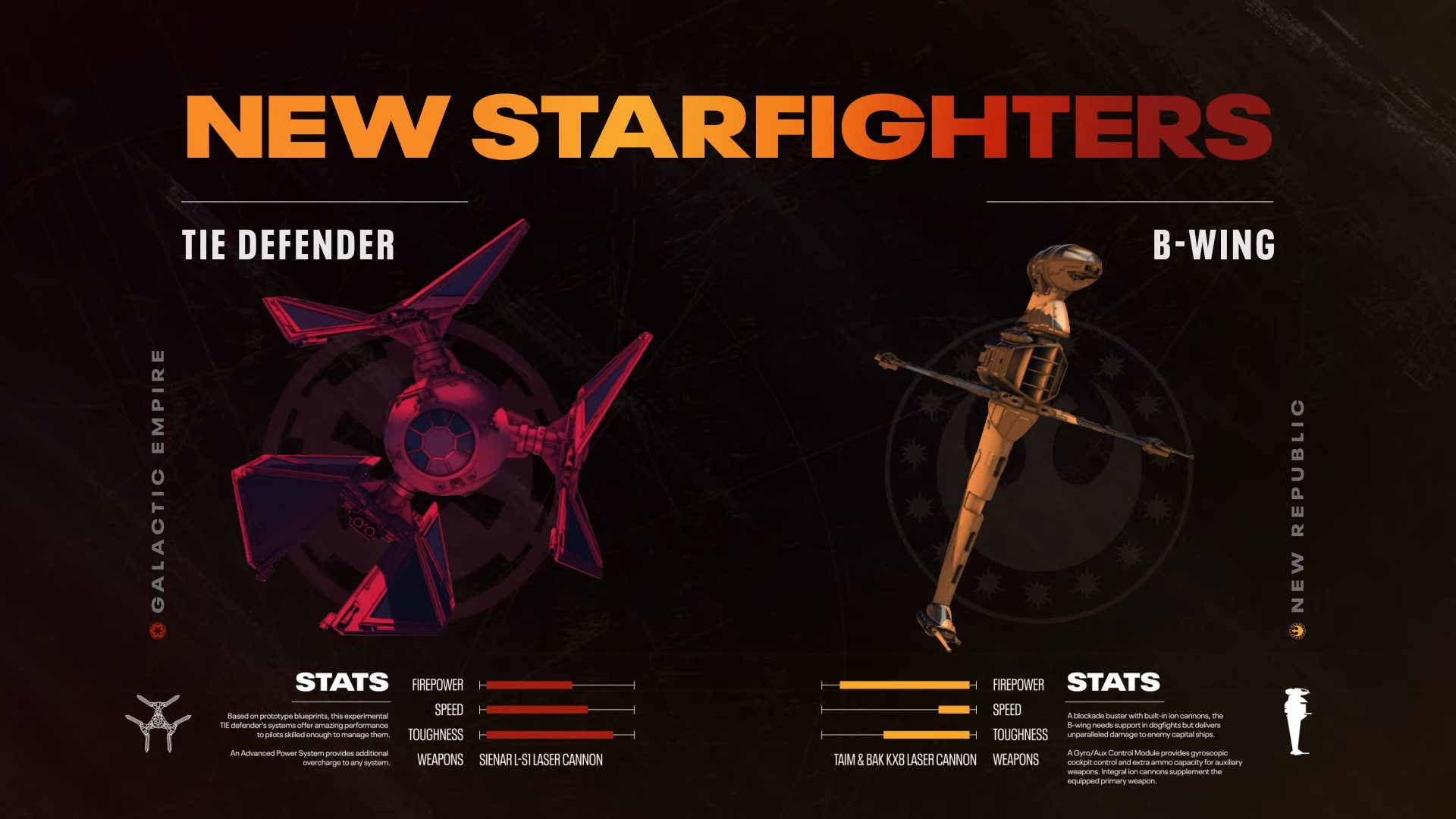 The B-Wing and TIE Defender were added for free

Motive Studios added the B-Wing and TIE Defender to Star Wars: Squadrons today as promised, along with a server browser, custom matches, TrackIR support on PC, and more cosmetics “that will be rolled out over time through in-game events and Operations.” Here’s the under-a-minute recap trailer.

And here’s the developer breakdown for those two new ships.

Bug fixes and balance changes were also a major push in Update 4.0. A few points worth highlighting:

Free new content is a pleasant surprise for any EA-backed Star Wars game, especially one that fans are feeling. If you haven’t come back in a while, there’s also the recently-added Fostar Haven map.

Today’s update is intended to be a “final thank you,” so content-wise, this is probably it.