I met him in a swamp down in Dagobah…

“Star Wars: Squadrons won’t have any post-launch content” is a headline we wrote earlier this month. Less than three weeks later, we find out that isn’t explicitly true.

Ahead of The Mandalorian‘s second season debuting on Disney+, Star Wars: Squadrons is getting some Mandalorian-themed cosmetics. It’s a free set of eight unlockable items — some universal, and some exclusive to New Republic and Imperial ships.

Here are some of the items in the Mandalorian DLC: 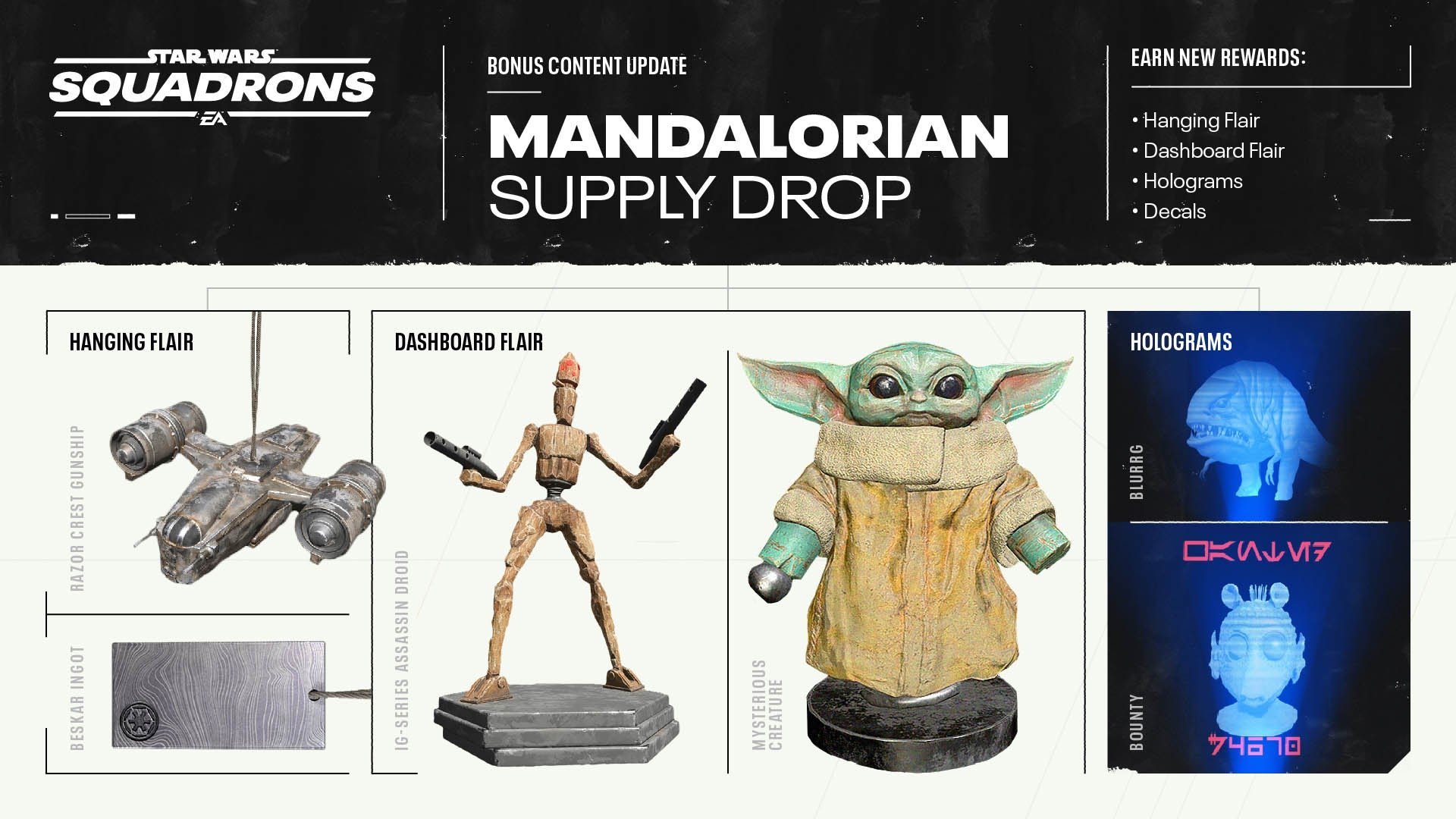 Your brain has inevitably forced your eyes to snap right on that “Mysterious Creature” bobblehead. He’s not mysterious at all! Meme-terious, yes. But not mysterious.

The Baby Yoda bobblehead is the cosmetic that most every pilot will have their sights set on. EA hasn’t elaborated upon how everything is unlocked, so we have no idea if these will be arduous tasks or not. Probably not, considering you don’t want your crossover promotional DLC locked behind tough feats.

All of this comes to Star Wars: Squadrons on October 28. It’s not the new ships that people want because EA hasn’t yet properly backtracked on the “no post-launch content” thing. This game is successful enough and finding its niche that we may eventually see the likes of B-Wings and TIE Defenders. For now, it’s just a chill little dude bobbing along as you shoot laser beams across the galaxy.