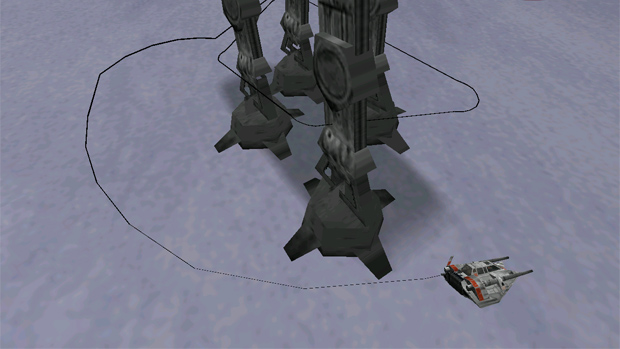 GOG.com released six Star Wars games on Tuesday, including X-Wing vs. TIE Fighter, and now the PC game distributor is back with its next set of titles. We’re in for a real treat.

Rogue Squadron 3D, Rebellion, and Empire at War: Gold Pack are available as of today. Then, on January 27, the site will add Republic Commando, Jedi Knight: Dark Forces II, and Starfighter.

I’m so ready to bring down some AT-ATs in Rogue Squadron. The muscle memory is still there. Rebellion, a real-time 4X game I’ve somehow managed to avoid, is also calling my name.

If you’re not into Star Wars, stay patient. More Lucasfilm games are coming to GOG.com this year.