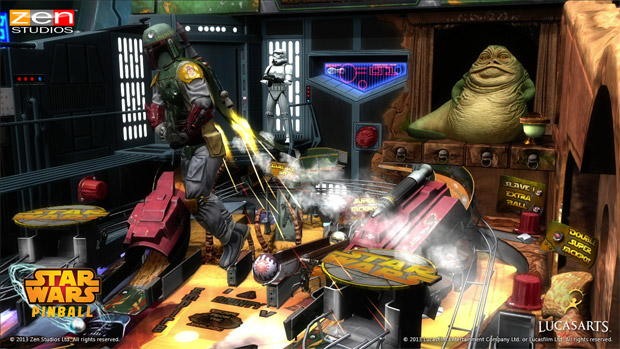 With Cross-Buy for PlayStation 3 and Vita

The current three tables of Zen Studios’ Star Wars Pinball will be available as a standalone pack on PlayStation Network starting May 14. That’s Star Wars Episode V: The Empire Strikes Back, Boba Fett, and Star Wars: The Clone Wars for $9.99 / €9.99 on PlayStation 3 and PS Vita — it’s a Cross-Buy download.

What’s neat about this is that folks who bought the tables as a part of Zen Pinball 2 won’t have to pay again for Star Wars Pinball. Or, if you’re getting them standalone and want everything in one place, the tables can be imported by Zen Pinball 2. Options are always nice.

There are a few differences with the standalone release. Namely, players can opt to support either the Rebel Alliance or the Galactic Empire and high scores for each side will determine who is winning at the game’s official site. An XP system will also tie into this battle. Who will you rep?