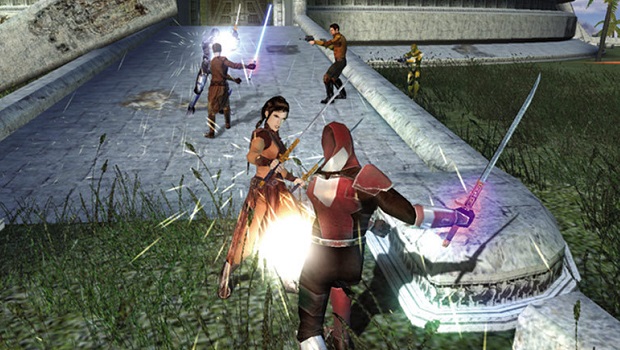 Knights of the Old Republic, Bioware’s cherished Star Wars title, has just been released for the iPad. The much loved title is 10 years old which seems good enough reason to receive an iOS release. IGN have managed to get their hands on the port, which they say still holds up despite some issues with character movement. The iPad version will cost you $9.99/£6.99.

I’m keen to try this version of KOTOR out (after “borrowing” my dad’s iPad first); I have concerns about how easy your character control will be but to be honest I’m almost expecting to have those issues from a touch screen port. The game’s real strengths lie in it’s characters and the story that unfolds.

Now if Bioware were to organize a port of the buggy yet superior KOTOR II: The Sith Lords, then they’d have a definite sale here.