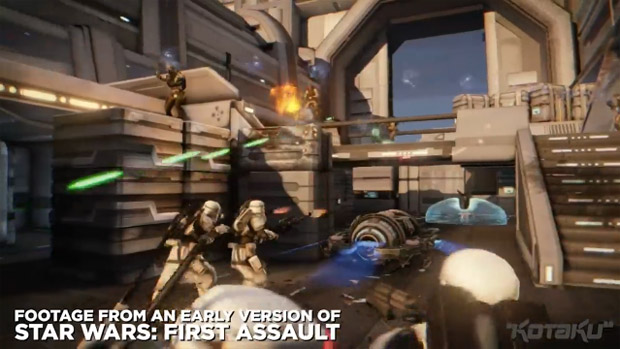 It’s about what you would expect

Following the recent leaks, Kotaku is back with more information on Star Wars: First Assault, a multiplayer shooter that was planned for digital distribution but has since found itself stuck in limbo. The outlet has gameplay footage of this “predecessor” to Battlefront III.

If, based on the screenshots, you thought First Assault looked like an average modern-day shooter with Star Wars characters and locales slapped on, just wait until you see the game in action. Still, I would likely have a hard time resist playing this if it were to ever be released. Looks like sheer chaos, and I’m a total sucker for the pew-pew sound effects.

According to Kotaku’s source, “The trailer contains all in-game footage, including known bugs and incomplete art. In the time since it was made, many improvements have been made in performance, completeness, and quality.”