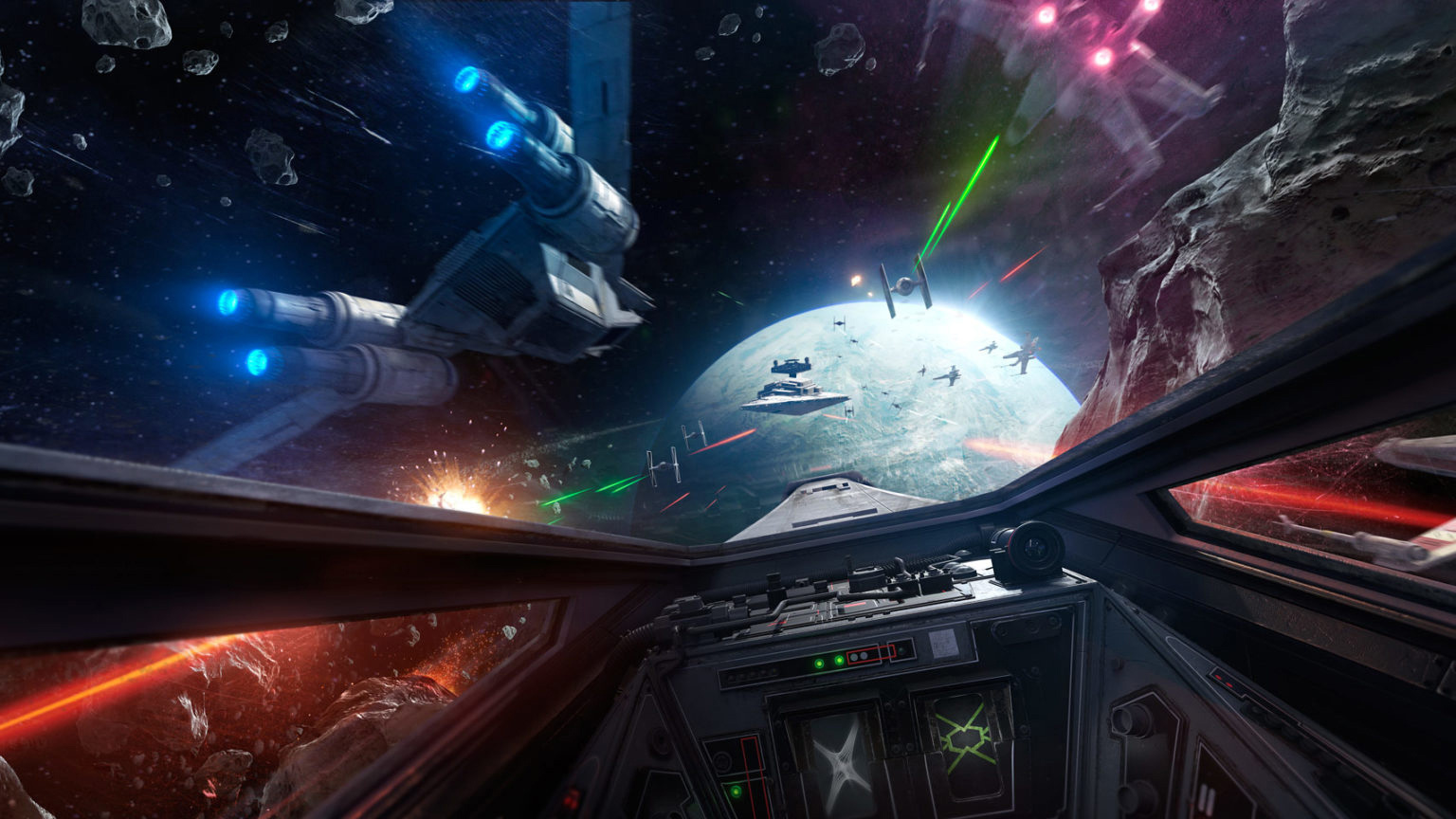 It’s free if you own the base game

The idea of a VR dogfighting game set in the Star Wars universe pretty much sells itself.

The new Rogue One VR Mission for PlayStation VR, playable as a free download within Star Wars Battlefront (you’ll need to own a copy of the base game but not any of the expansions or season pass), isn’t that, exactly. Rather, it’s a 20-minute experience, a taste of what’s hopefully yet to come with a bigger team and budget if there’s any good left in this world. But man, what a proof-of-concept it is!

I had a smile on my face from the opening menu screen all the way to the post-mission jump home.

It’ll take a while to get situated, especially if you don’t have Battlefront and its many updates installed already, but that one-time setup is worth putting up with even if you only end up playing this once.

Aside from a brief introductory area that lets you teleport around to inspect your X-wing before boarding, the entire mission is set in space. You’ll join up with a squad as a rookie pilot (complete with lighthearted banter) and fly your way through an asteroid field, blasting away at pesky little rocks and dodging larger hunks of death. From there, the objective becomes an escort mission with a nod to the Rogue One movie, and you’ll run up against a bunch of TIE fighters until a Star Destroyer eventually shows up to melt your shields. Lock onto the weak points, fire away, and we’re done here.

None of that summary will sound terribly special if you’ve played any of the great old Star Wars flight sims, but in practice, it’s cool. Really cool. That’s due in large part to the immersive nature of VR. The movement and aiming feel solid, and the sights and sounds borrowed from Battlefront make for a convincing, smile-inducing experience. There are some limitations to the flying — you can’t, for instance, do a barrel roll — but I didn’t mind. And, better yet, I didn’t get disoriented at all (which is something I’ve struggled with before in EVE: Valkyrie). I also appreciate that you can tinker with the individual buttons inside your cockpit. Most of them are just visual flourishes, but there are a few fun surprises.

The mission has replayability with optional objectives (“take down 70-some TIE fighters,” “keep your whole squad alive,” that sort of thing), but one run was enough for me. The scenario itself isn’t anything new by Star Wars standards, but that said, I had fun while it lasted, and I cannot wait to share this with friends and family. Good Lord do they need to make a full Rogue Squadron-style game out of this.

[This impressions piece is based on a retail build of the game downloaded for free off the PlayStation Network.]