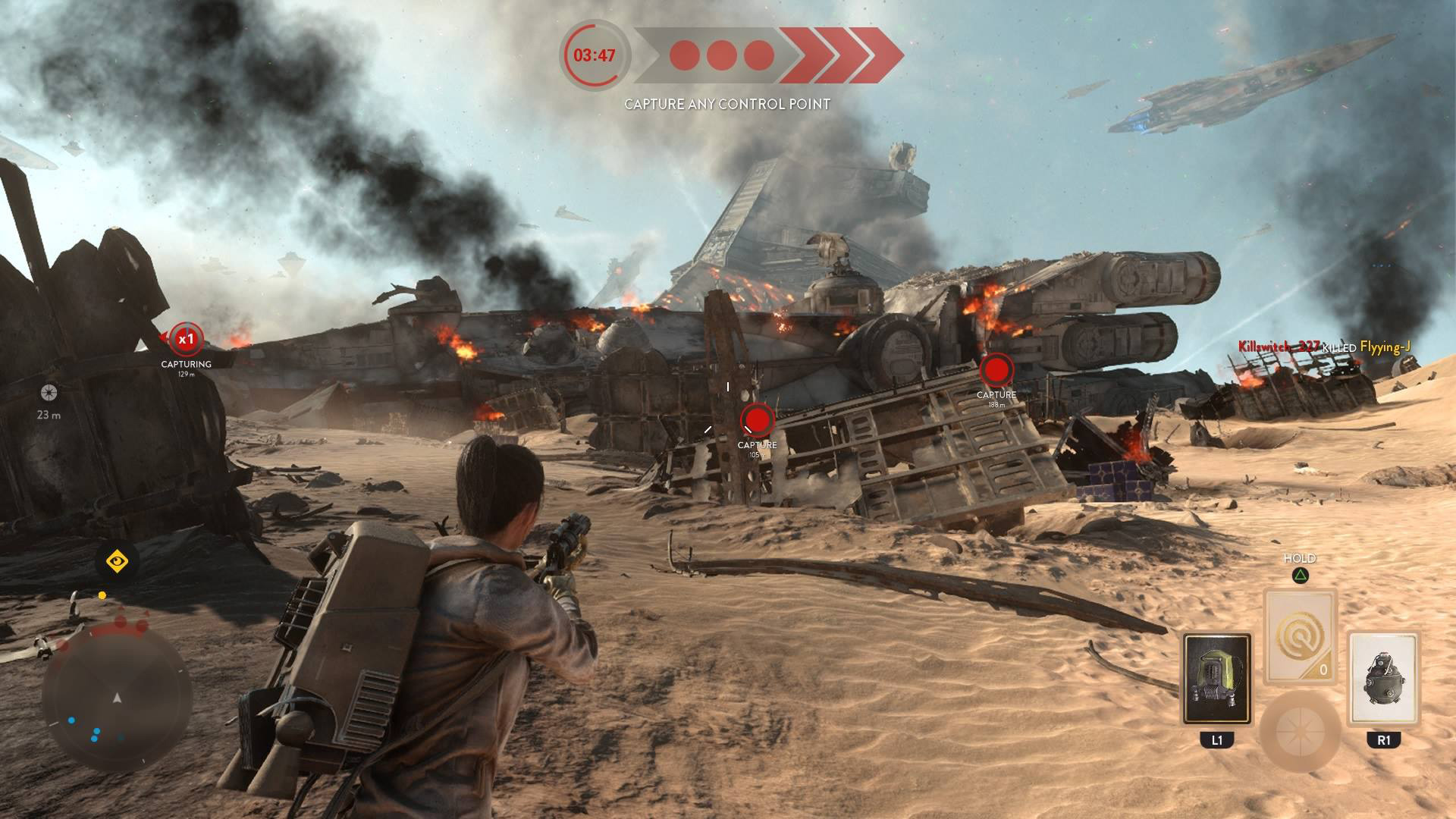 If you didn’t pre-order Star Wars Battlefront, you can now download the Battle of Jakku DLC, which comes with a new map and several modes. There are still four more DLC packs coming, which will be a bit more substantial and part of the $50 Season Pass.

The DLC sets up the film with events that take place 30 years before it, but you can pretty much get that gist from the promotional material. I think Jordan said it best — it’s…”okay.”