Battle on Geonosis and bring down a capital ship

With DICE preparing to launch its secretive large-scale Star Wars Battlefront II mode on March 26, it’s about time we heard straight from the source what it is and how it works. The mode, Capital Supremacy, is a 20v20 skirmish that starts on Geonosis before working its way onto a capital ship.

Anyone still clinging to their Battlefield 2142 glory days should feel nice and cozy.

The basic flow of Capital Supremacy goes something like this: capture command posts while the opposing team tries to do the same, earn tickets, hoof it to your transport, board their capital ship, override one of two doors, and plant a bomb to destroy the ship’s critical systems. If your team runs out of tickets while on-board, the battle will return to the planetary phase and you’re back to square one. 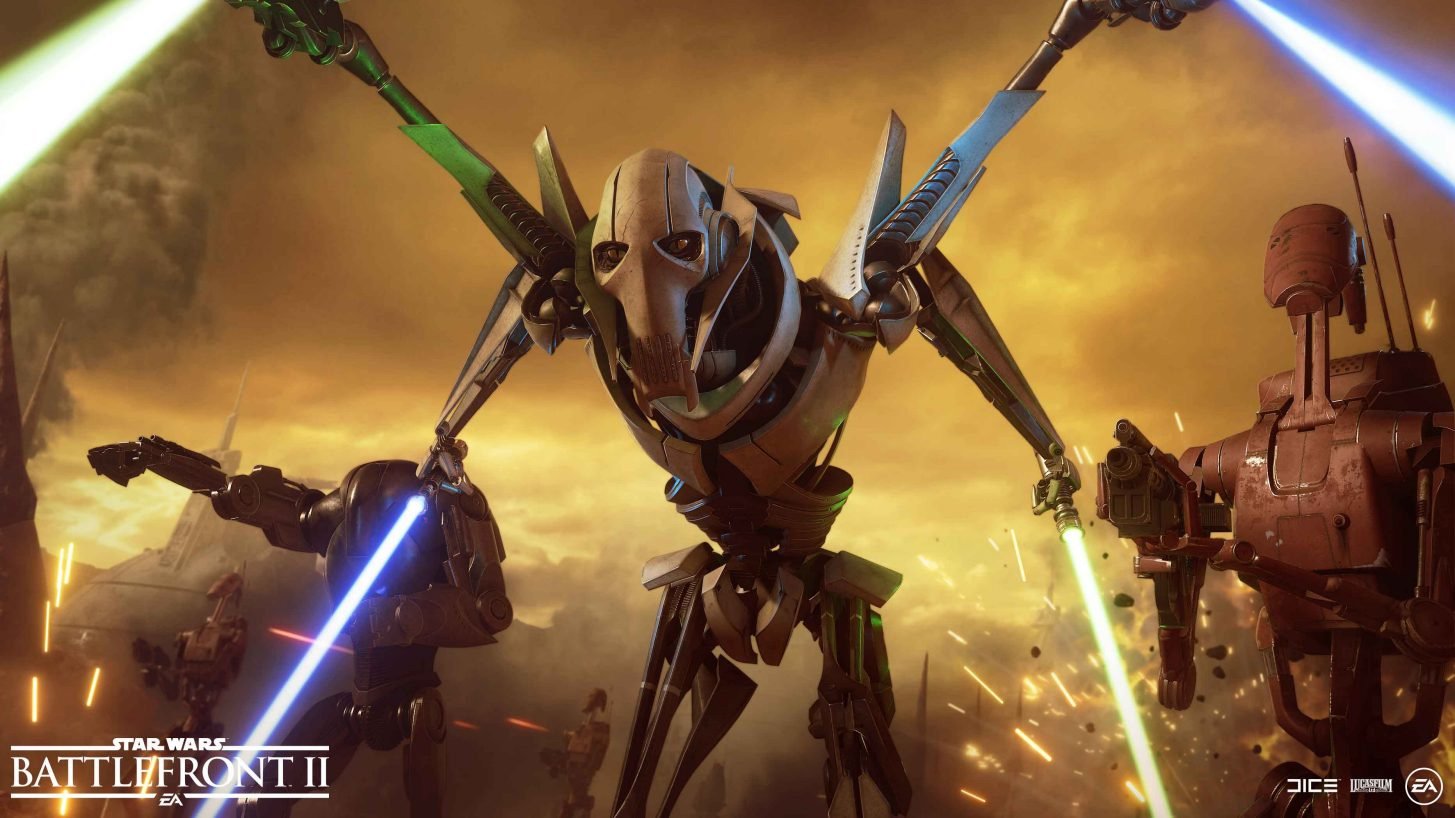 The mode only works on one map so far (Geonosis), and it’s only playable with Clone Wars-era characters. For heroes, it’s Obi-Wan, Anakin, Yoda, and Chewbacca. For villains, you’re stuck with Grievous, Dooku, Darth Maul, and Bossk. Capital Supremacy also has a new reinforcement for each side: the ARC Trooper with dual pistols, and the BX-series Commando Droid with a vibrosword.

“In addition to this, there will be 12v12 AI-controlled units during the planetary phase of the battle,” noted DICE. “We made the decision to include AI because we wanted to capture the scale of the Clone Wars while not diminishing your odds of playing the iconic heroes. This is similar to how we use AI within Starfighter Assault to add to scale and the feeling of heroism as you cut through them.”

I would’ve enjoyed playing this at launch! As it stands, I’m looking at a data-cap-killing redownload.