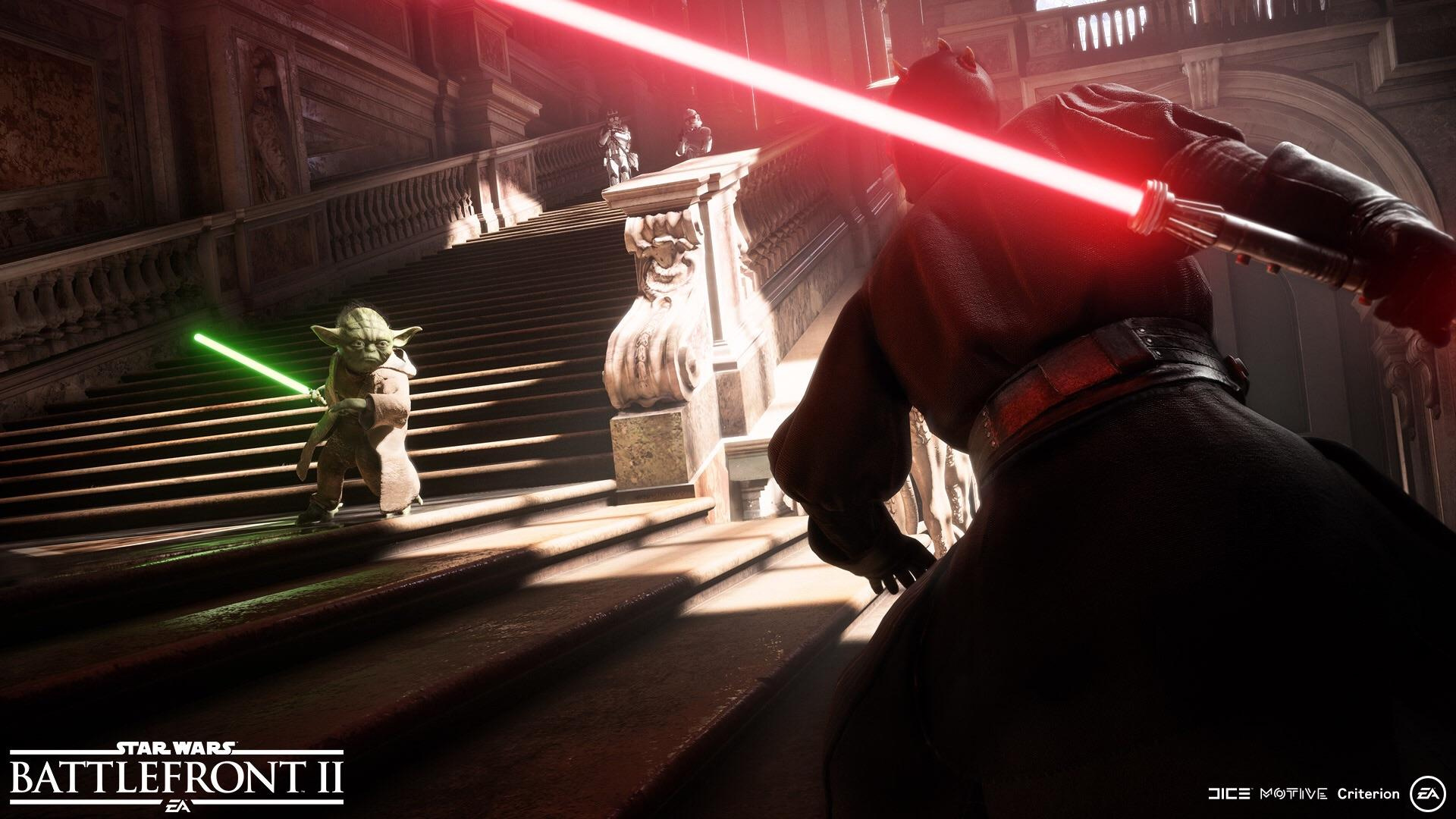 With pre-order incentives in tow

Ahead of Electronic Arts’ press conference tomorrow, the company has solidified some details about the Star Wars Battlefront II beta. Similar to the last game’s multiplayer beta (which brought in upwards of 9.5 million people), it will be available “this fall” on PC, PlayStation 4, and Xbox One.

Folks who pre-order the game will get early access, among other digital extras and head-starts.

Aside from the diehard fans who still play DICE’s Battlefront to this day, I think it’s safe to say most of us who found enjoyment in that game are firmly in wait-and-see territory for the sequel. There’s much to prove. If they can flesh out the mechanics and get their DLC strategy correct, I’m probably down.

A curious note from the Origin page for Battlefront II: “Each season brings fresh, new downloadable content, available to all players***. With exciting new locations, characters and quests, you can take part in a connected universe and be rewarded…” Looking at the asterisks further down the listing, you’ll need a copy of the game, the latest updates, an internet connection, an EA account, and PlayStation Plus or Xbox Live Gold if you’re on a console. Based on that wording, this is a reassuring step up.

Get Early Beta Access and an Epic Yoda Bonus [EA]