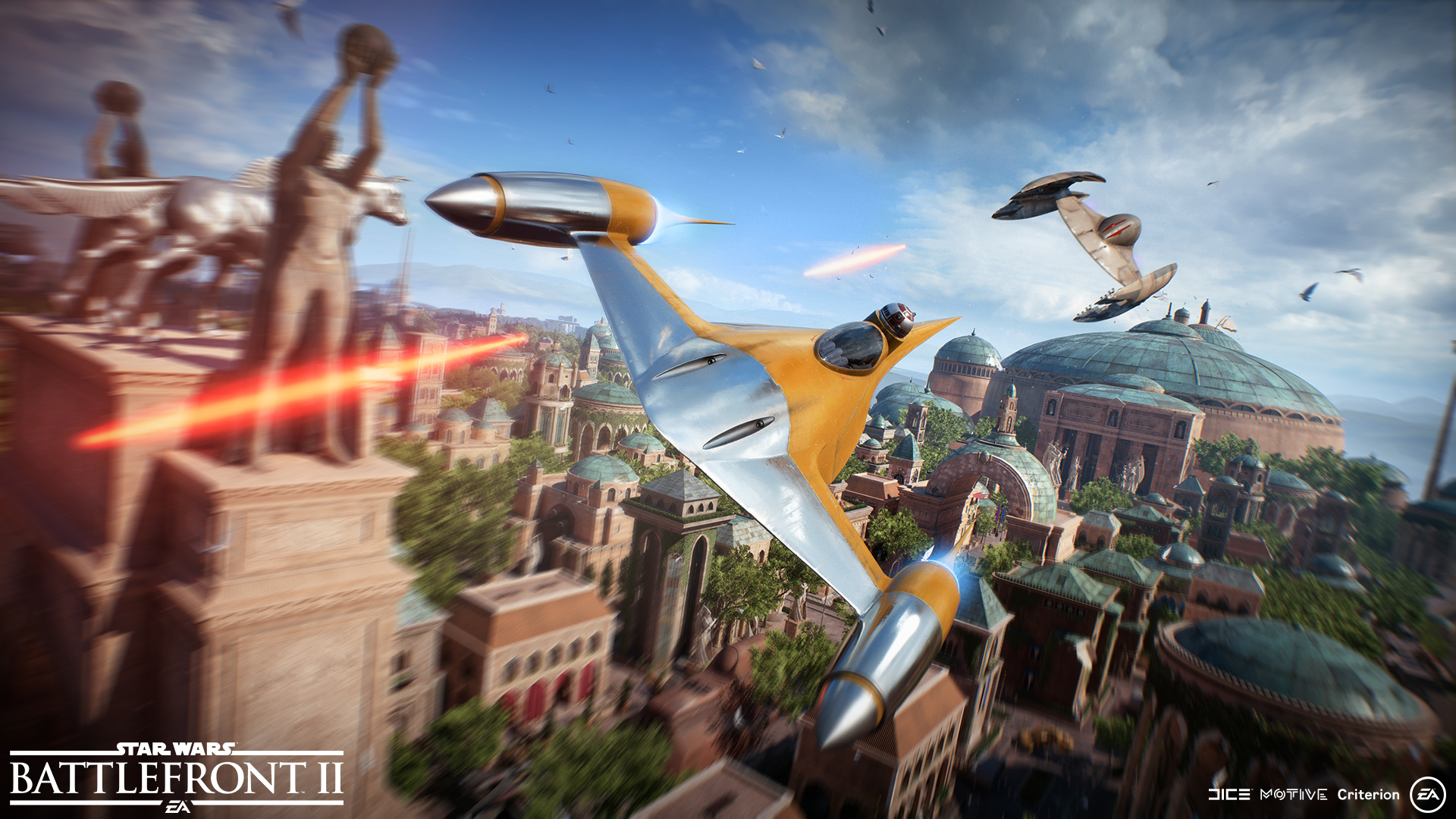 Multiplayer impressions from the beta

I’ve spent a few hours with the Star Wars Battlefront II multiplayer beta, and, you know what? I wouldn’t mind playing for a few more hours rolling around as a droid or going HAM as Darth Maul. Shallow as the last game often felt, I stuck with it through every expansion and liked it as something to come back to whenever I needed a break from more demanding online shooters. Get in, have fun for a bit, get out.

The biggest changes, at least to my mind: 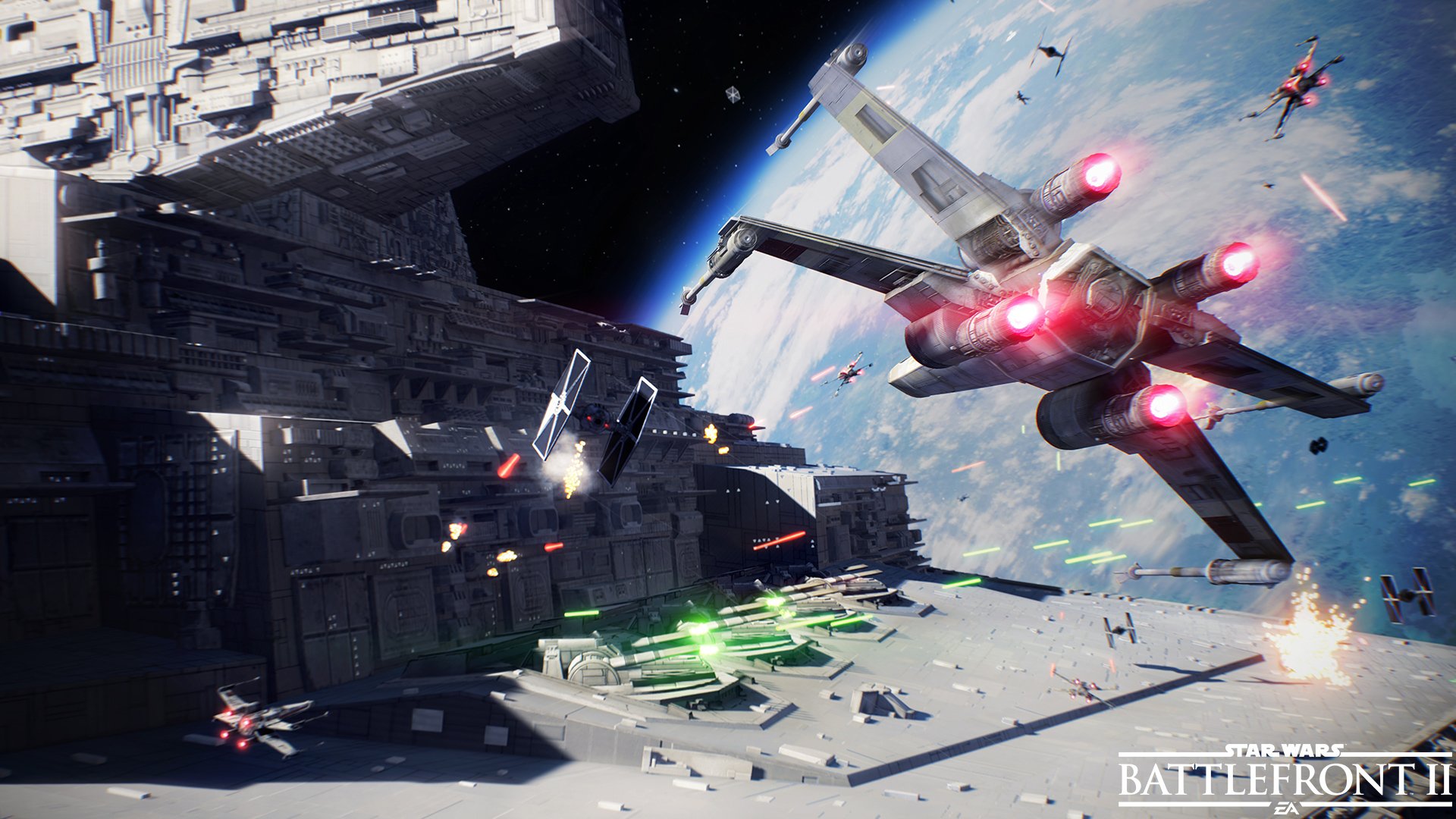 That’s not to say everything is better across the board. One aspect fans are split on is that now, when you respawn, you do so as a group — or alone, if the ten-second respawn timer runs its course and everyone else is still out there on the field. The result of this approach is that even if you’re partnered up with a friend (like I was with my good pal Ray), you can’t spawn right on top of them like you can in Battlefront or squad-centric games like Battlefield. Part of me is bummed about this sense of disconnect and having to work to find your friends (unless you all happen to die and spawn together), but I also have bad memories from some annoying situations the old partner system enabled.

I’m also not thrilled with the prospect of loot crates, which you can purchase using in-game credits or money to earn randomized cards that contain alternate abilities or incremental ability upgrades, new weapons, and crafting parts. It’s not the best implementation of this system (i.e., only cosmetics) but it also probably isn’t the worst (the beta feels generous enough with hand-outs and I hated Jabba’s unlock criteria for gear in Battlefront). It’s something I’m willing to tolerate knowing that, for EA, it was surely either this loot system or another premium season pass. The latter route didn’t go so well last time.

Finally, for all you solo players out there, the beta does offer a pair of AI versus missions in the Arcade. Team Battle pits droids against clone troopers in the throne room of Naboo’s capital city Theed, while Onslaught lets you go absolutely wild as Darth Maul, spinning your way to victory. The full game will have more of these Battle Scenarios and let you fashion your own custom fights. If you’re own console, you can play this stuff in two-player split-screen, but that isn’t supported in the PC version.

Definitely take the time to download the beta if you were let down by the last game but haven’t lost hope for DICE’s take on Battlefront. The big question mark is and has always been the story campaign, so we’ll still want to see how that shakes out. But, as far as the multiplayer goes, I’m feeling positive.

If this is how Battlefront II launches, I’ll be excited to see where it ultimately ends up. DICE took a lot of feedback into consideration post-launch for Battlefront and the studio is working from a stronger foundation here. Also, not splitting up the community with paid expansions? It’s about dang time.

The beta went live on October 4 for folks who pre-ordered, and it’ll open up for everyone on PC, PlayStation 4, and Xbox One beginning this Friday, October 6 at 8:00am UTC. It runs until Oct. 9.