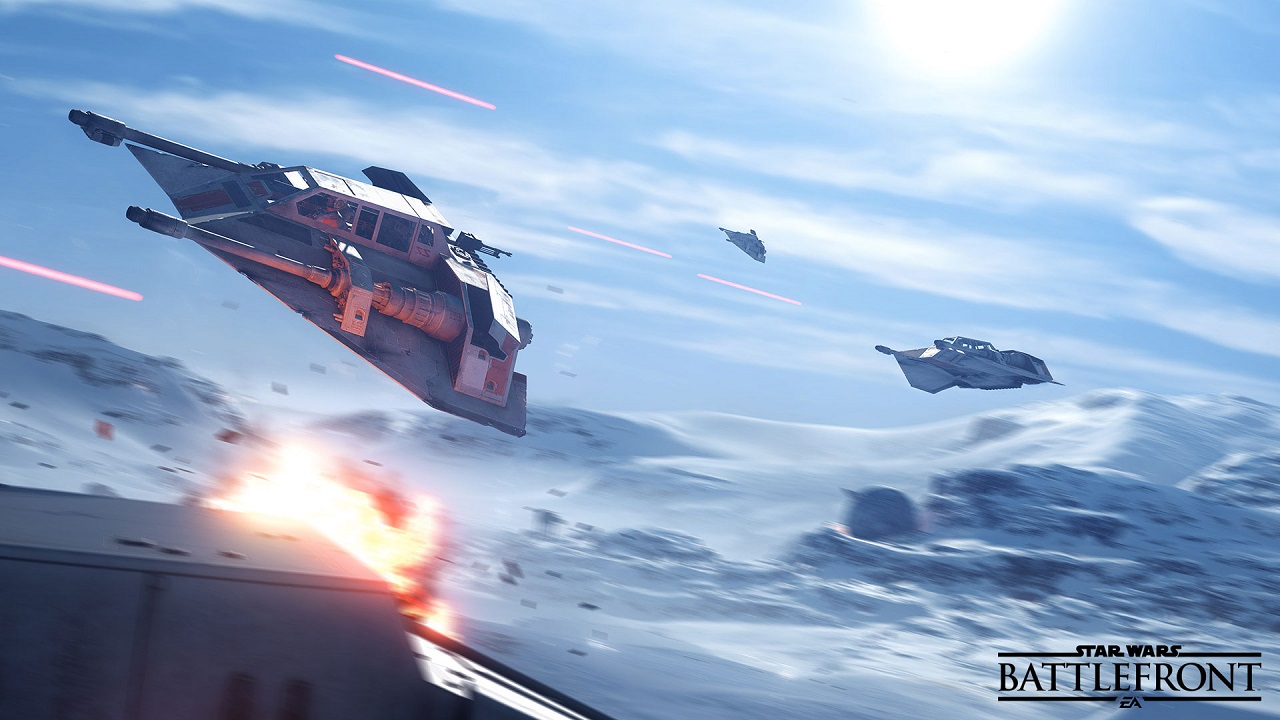 That’s nice, for a change

In recent years, betas have largely been used as a means of driving pre-orders. “Pre-order the game today and get into the multiplayer beta!” Ubisoft’s running this promotion with Rainbow Six Siege as we speak (at least for guaranteed access). It’s tired, it’s predictable, and it has turned “beta” from a technical term to marketing-speak.

Star Wars Battlefront is also getting a beta, but this one doesn’t wall off access to those willing to plunk down a pre-order. In two weeks, Battlefront‘s beta goes live between October 8 and October 12 on PS4, Xbox One, and PC. No need to register or anything; just queue it up if you feel like it.

Three maps and game modes will be highlighted in Battlefront‘s beta. Walker Assault can be played on Hoth, Drop Zone is available on Sullust, and Survival Mission is featured on Tatooine. Walker Assault is the largest the beta will get, with 40-player battles; those looking for less scale will find comfort in Survival Mission’s solo and cooperative play.

Even if there’s probably some implicit hype-machine intention, at least it’s not explicitly stated. This seems more like a stress-test for servers and online play than anything else. EA DICE is wise to get this in front of as large of an audience as possible. Battlefront is probably one of the most likely candidates of high-profile multiplayer titles to potentially have launch issues this fall.