Some of you that have had your eye on the new PSP Slim (PSP-2000) may have been waiting for the sexy Stormtrooper-white PSP that comes in the Star Wars Battlefront Renegade Squadron Entertainment Pack we heard about during E3. If you can’t wait until next week, you may want to look into where PlayStation message board member Zaloran managed to nab his.

The forum post shows us three shots of the Darth Vader’d (silkscreened) Ceramic White PSP Slim that Zaloran managed to buy early at mid-west U.S. retailer Meijer. He managed to pop in the included Star Wars Battlefront Renegade Squadron, although there’s no one online for him to battle with. Bummer. Zaloran also confirms that this PSP comes preloaded with the 3.60 system firmware.

We’re a little jealous. Thanks for sharing, Zaloran.

Hit the jump to see the other two pictures.

[thanks to Mr. Donut] 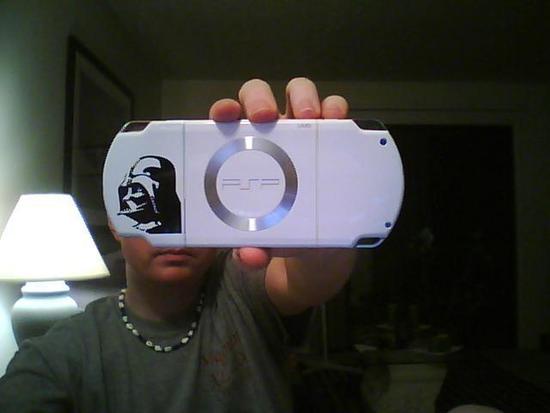 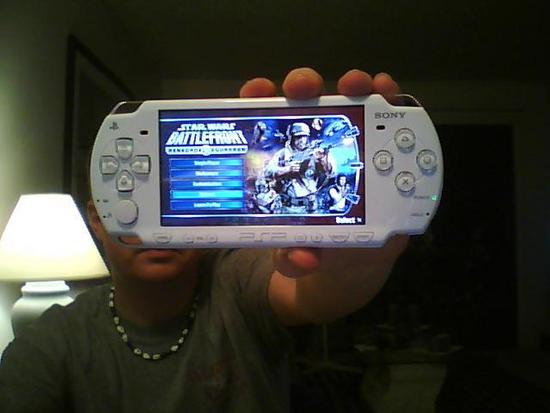