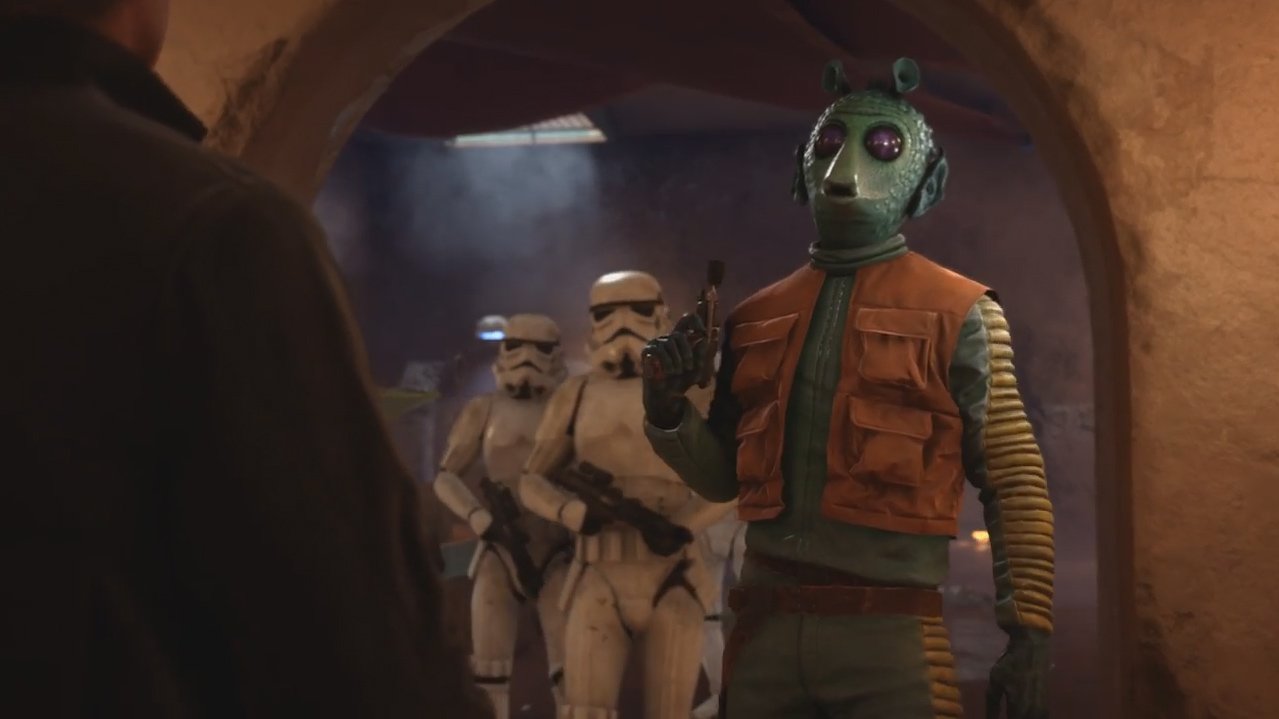 You’ve heard enough of me blabbering on about the Outer Rim DLC coming to Star Wars Battlefront (March 22 for season pass holders; April 5 for standalone purchasers), so I’ll keep this brief.

DICE is also adding free content to the game next Tuesday, which is reassuring to hear. We’ll get “new missions with Hutt Contracts, a new Spectator Mode to watch others play, an increased level cap, weapons, and more,” according to the studio.

As for Outer Rim, I like the look and sound of Greedo, but I’m not sure I’d be able to consistently make good use of his multi-target ability. Hero characters (especially ones controlled by me!) tend to attract a lot of gunfire and don’t last long on the battlefield.