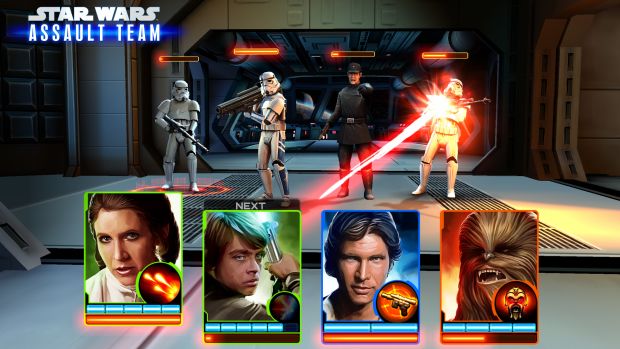 You’ll collect characters from the Star Wars universe and use them to defeat enemies. Missions will take you throughout planets and locations from the original trilogy as well.

Assault Team is currently out in select international markets and will be released globally this spring.

Yes, I know, you’re so excited. Shake your head all you want, but card battling games are all the rage on mobile devices.