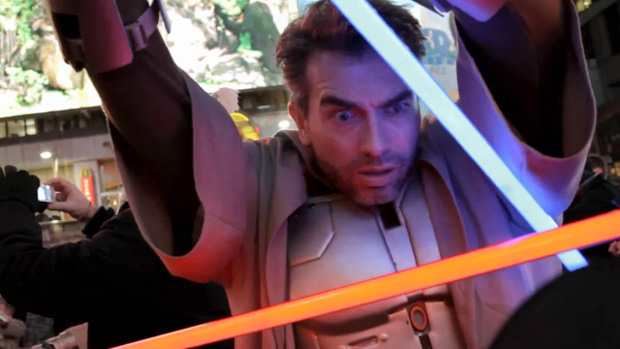 To celebrate the launch of The Old Republic on the 20th, a bunch of people got dressed up and headed down to Times Square in New York City to engage in a massive lightsaber battle. Only there was no “battle.” Everyone just stood there like statues. Then onlookers were given lightsabers and pretended to be encased in ice as well.

It’s all so bizarre but also really friggin’ cool.