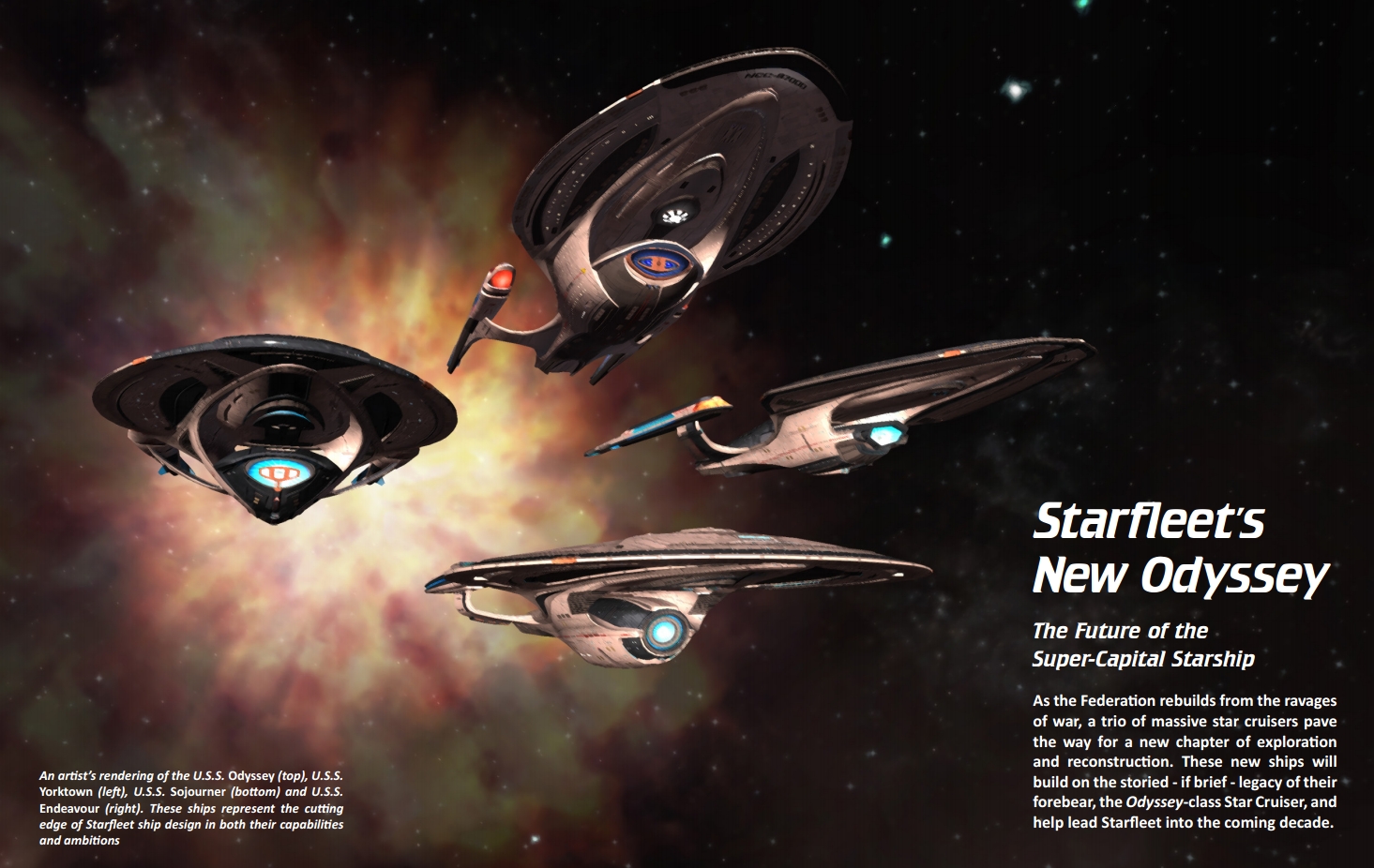 We already know that fan-made projects can be really cool, but things can get to another level if a developer also happens to be a fan. That seems to be the case with Star Trek Online and one of the starship designers at Cryptic Studios, Thomas Marrone.

A little while ago, the game released new, updated versions of the Odyssey-class flagship, the same model as the U.S.S. Enterprise of Star Trek Online‘s timeline. To commemorate the occasion, Marrone put together a twelve-page article from “Jayce’s Navy Interstellar,” a fictional 24th-century publication in the style of Jane’s Defense Weekly. Written “in-universe,” the article takes a look at the new ships and explains more about their background and origins. Check it out in PDF form here, and if you’re curious about the ships themselves, other fans have made montages of them in action using the game’s recording tools below.

Though technically unofficial, the fake article is a real nostalgia trip, both to Trek fandom and the olden days of PC games, when manuals were not only the primary source of information on how to play but also the best place to put details about a game’s setting, world, and other bits of “lore”. What old PC gamer could forget the novellas that came with Wing Commander, or reading about the social structures of Kharak in the Homeworld manuals, or the steampunk glory of Arcanum‘s manual? These days you’d be lucky to get a tie-in comic to pay for, or a codex that can only be read in-game instead of when you’re on the toilet. Almost sad that one has to look to fans (and fan-devs) for this sort of side material.