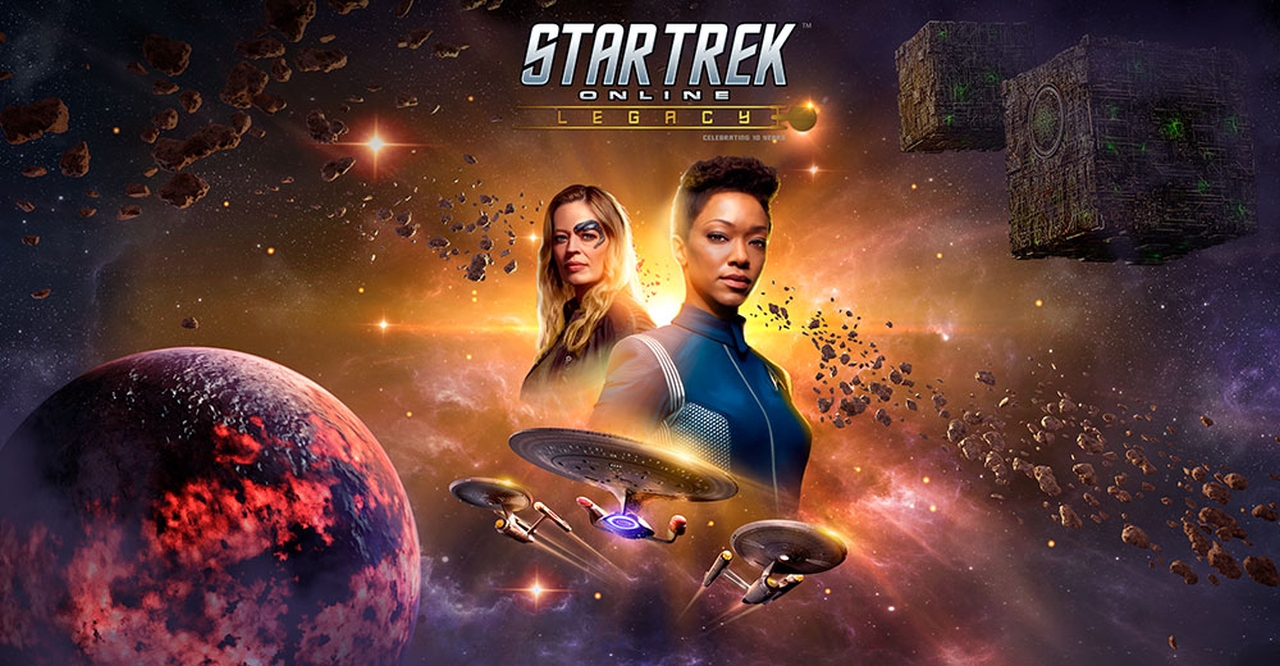 Star Trek Online celebrates its tenth birthday starting this week, and while it looks like its celebratory update, titled Star Trek Online: Legacy, won’t contain any hot Picard bombshells, it will be looking back at decade’s worth of stories crammed into the long-running MMO’s lifetime to date. Legacy adds a new two-party story mission that takes place on the planet of Excalbia, as seen in the classic Original Series episode, “The Savage Curtain.” That’s the one where Kirk and Spock fight alongside Abraham Lincoln to teach an omnipotent rock alien what “Good” and “Evil” are. Like many Star Trek things, it was also parodied in an episode of Futurama.

Accompanying players on the mission will be a new addition to STO‘s roster of Star Trek alumni: Star Trek Discovery‘s Michael Burnham, voiced by Sonequa Martin-Green herself. Also featured is Jeri Ryan as Seven of Nine, who last appeared in 2014’s Delta Rising expansion. This time Seven looks much the way she does in Star Trek: Picard.

Also highlighted for the update is a new free playable starship: The Khitomer Alliance Battlecruiser. The Khitomer-class is the first STO ship designed explicitly to blend the styles of the game’s three playable factions: Federation, Klingon, and Romulan, and to my eyes it sort of looks like someone mated the Enterprise to a classic Klingon D7 and threw in some Romulan green glowy bits.

The update is live now on PC (a March debut is scheduled for STO‘s console versions), and a trailer for it, featuring a highlight reel from STO‘s many story missions, is viewable below.