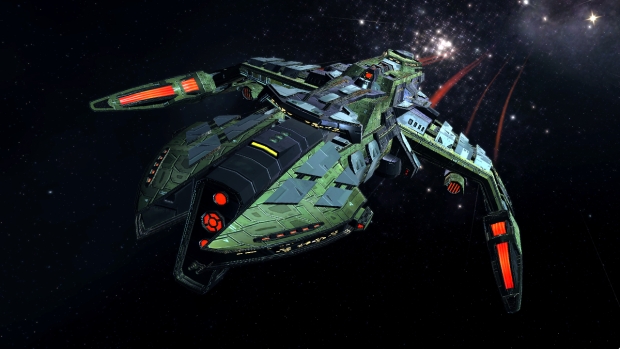 Did you know that Star Trek Online calls its major updates “Seasons”? It’s as if the MMO were a TV show! That in mind, it’s almost funny that it’s also following TV trends with its latest update, which is called Season 8.5, almost like Star Trek Online were making like all those new cable programs and taking a brief break halfway through the typical run to implement some changes. That’s exactly what Cryptic are planning for their next update to the game, which will go live at the end of the month, with an anniversary event to celebrate Star Trek Online‘s 4th birthday debuting soon after.

In a developer blog entry Lead Designer Al Rivera detailed a number of so-called “quality of life” changes, including an increased maximum starship storage cap (important for folks out to collect their own fleet of playable ships), as well as the ability to quickly switch active ships and equipment to make tailoring gear or builds to certain tasks a snap. Other blog entries detailed significant updates to the quality of some early-game quest lines (some of which reflect out-of-date design, assets, and code), a PVP arena featuring small craft (like shuttles and fighters), and the addition of Star Trek: Voyager actor Tim “Tuvok” Russ to voice some upcoming content.

And all this is debuting quite a while before a teased expansion destined for later in the year. Things are looking up for would-be captains, it seems.