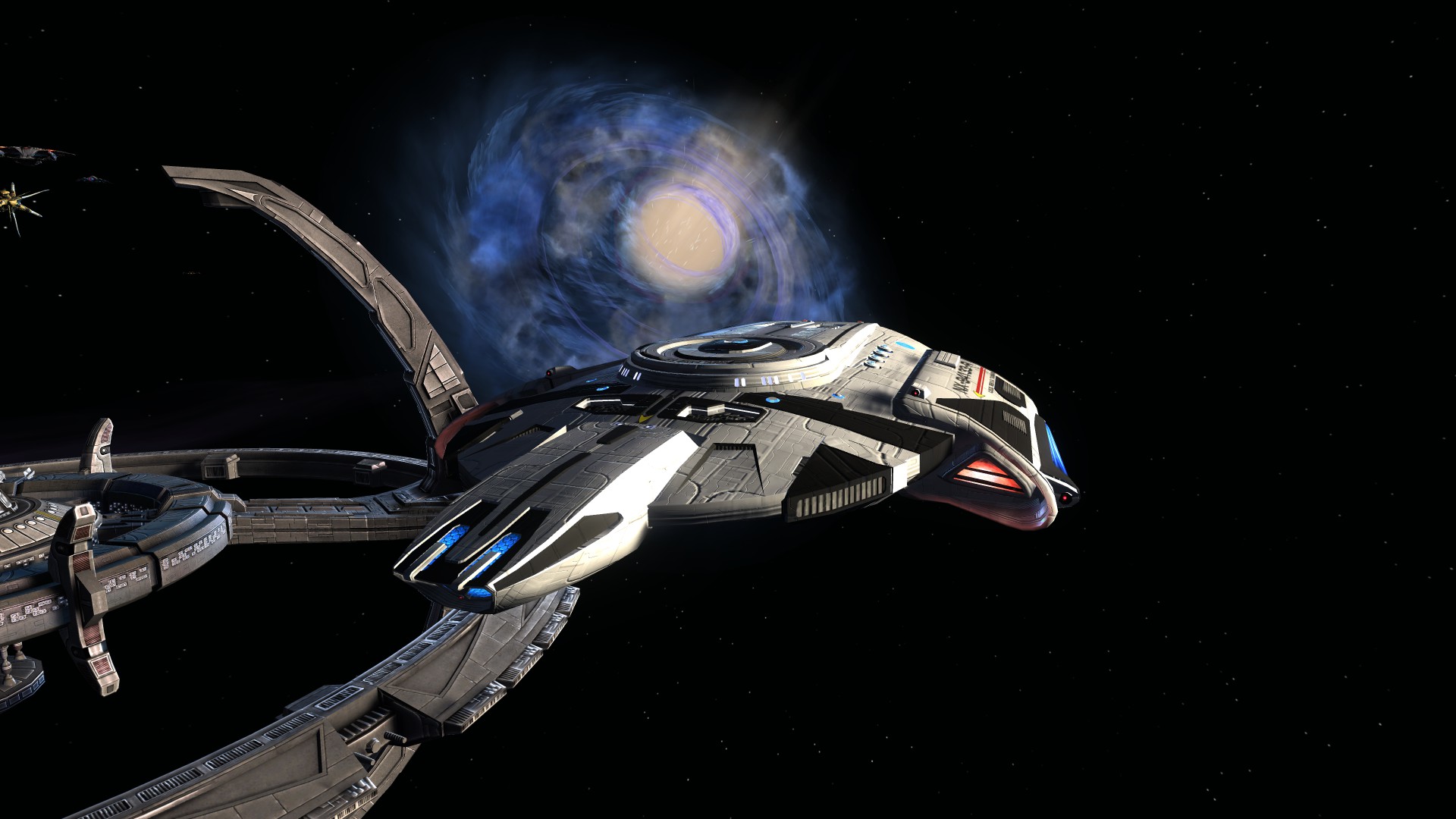 For the five years it’s been running, Star Trek Online‘s story has been one of a galaxy at war. First it was a war between the Federation and Klingon Empire, then between an alliance of the Federation, Klingons, and Romulans against the Borg, the Delta Quadrant, and now, the baddies behind them all, the Iconians. But that’s about to change if announcements about the game’s Season 11 update titled New Dawn, are to be believed.

Teased at the recent Star Trek Las Vegas convention, New Dawn will take place once the story of the current season The Iconian War wraps up in a manner of weeks, and will focus on “rebuilding and hope”. Players will be dealing with the aftermath of the war (and the temporal shenanigans involved in ending it), discover “a previously unknown civilization”, and “uncover the mystery of a strange traveler from another time”. The storyline will also feature voice work from Star Trek actor alumnus Chase Masterson, who played Leeta on Deep Space Nine.

Other additions to the game will include new events, ships, and something called the “Admiralty System”, which gives high-level players something to do with ships they own but aren’t using. While I’ve got my doubts that the “New Dawn” will be as peaceful and hopeful as they claim (the game’s mechanics are very much geared towards battle), even a tonal departure from the current wartime atmosphere would be refreshing, if nothing else.