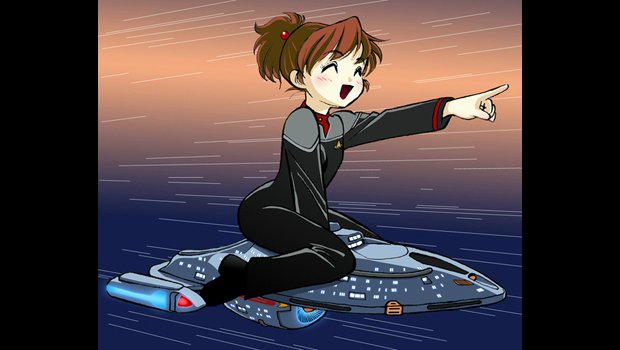 World of Warcraft may be the biggest MMO around, but you don’t have to take it on to succeed. Cryptic, the folks behind Star Trek Online, certainly feel that way. Said Executive Producer Craig Zinkievich:

“We think we’ve made something that Star Trek fans and gamers alike will enjoy. Maybe some of those fans will come from WoW and maybe some will be totally new to the MMOG genre.

We’re not trying to directly compete with WoW and if our game grows to that success then that would be awesome but for now we’re just worried about getting a good game out there that people will enjoy.”

And he’s perfectly right. Every time a new MMO comes out everyone goes “it’ll never beat WoW,” and dismiss it out of hand, judging it a “failure” should it not hit 12 million subscribers. What really matters is that the game is great enough to make everyone the money that it needs to keep it that way.

Speaking as a player, Star Trek Online is very different from WoW, not least because it’s full of Star Trek goodness. Now, if you’ll excuse me, my Borg character has some star clusters to explore.