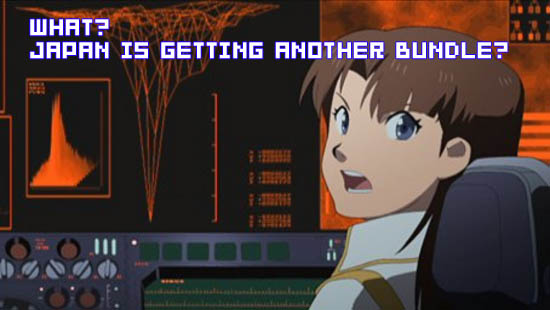 You know that Star Ocean: First Departure game I’ve been raving about? Now it looks like the game will get its own fancy-pants PSP limited edition bundle in Japan.

Follwing the trend of other Japanese-only Square-Enix console/game bundles, the limited edition PSP bundle for Star Ocean: First Departure will be available on the game’s official release date of December 27, for a reasonable 24,840 yen. Game|Life says that there is no details on what the bundle will look like or what else will be packed in with the deal, but we’re sure that it’s only going to take one or two more of these Japan-only packs to drive non-Japanese JRPG fans nuts.

Thank the video game gods for importers and region-free games.

[Cereal, JV should be on the payroll]