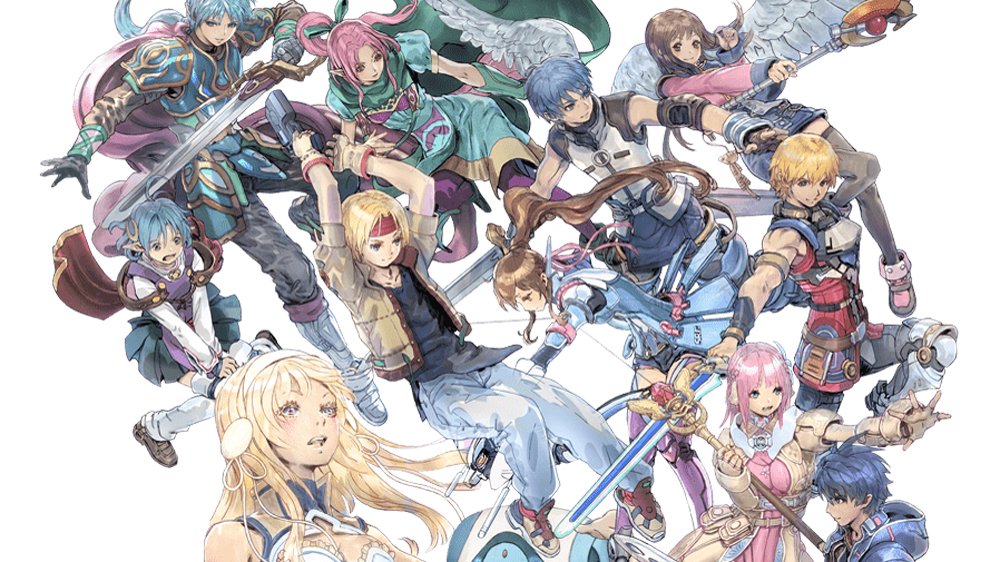 Success is handed out in spades

Star Ocean Anamnesis didn’t make the biggest splash when it launched stateside on the App Store and Google Play earlier this month. The franchise is relatively niche despite its heritage and mobile phones aren’t exactly short on free-to-play gacha games. Despite having never played a Star Ocean title, I signed up for pre-registration because it genuinely looked like it could be a fun time.

Anamnesis means ‘memories from a previous existence’ which plays right into the gacha mechanic of the game that brings in heroes from previous titles in the Star Ocean series. Heroes are summoned by Evelysse, the busty amnesiac character who is aiding me in my quest to return home alongside the go-getter Coro, my robotic bear companion. In addition to characters, Eve can also summon weapons that’ll strengthen my team of three.

After spending a week with the game, I have just now reached the point where weapon and character selection matter. Now, the game is getting interesting and my hand is no longer being held by a developer so desperate to get people into it that they nerfed the experience by needlessly showering players with free gifts.

Free-to-play, mobile, gacha games inherently lack the appeal of a premium-priced game. These are, after all, designed first and foremost to convince people to spend money on loot boxes. Well, actually, spend money on gems I can use to purchase loot boxes. Anamnesis is actually pretty good out the gate with its free-to-play elements. I regain stamina quite regularly, am overloaded with gems so I’m not enticed to open my pocketbook, and can complete the entire first planet without being forced to stop. In fact, I was able to beat the first planet without even playing the game.

Similar to Dissidia Final Fantasy: Opera Omnia, Star Ocean Anamnesis has its campaign divided up between story segments featuring Eve and Coro, and combats segments where my team of three competes in real-time battles. These fights are pretty stunning on my phone. Even on the highest graphics mode, there isn’t a bit of slowdown. Sound effects take a hit, but when my team is attacking, all the effects run smoothly across my screen.

Though there are three people in my party, I only control my lead character. I can move them around the battlefield avoiding attacks and positioning them for short and long attacks. I can also just press one of my three attack buttons and they’ll move for me. It’s a pretty interesting setup that could make for compelling gameplay if Square Enix and tri-Ace didn’t overload those who pre-registered with free shit.

10 minutes into the game, I have a level 25 five-star character. Two minutes after that, another member of my team, also a five-star pull, is level 27. This wasn’t through grinding or gameplay, but rather through the Enhance System that lets me quickly level up my squad so long as I have the right materials. Because I pre-registered, the game gives me multiple Rainbow Platinum Prisms, the item needed to exponentially boost character stats.

With two characters well above level 25, I don’t have to touch my phone during battles across the first planet of the game. And this isn’t some auto-battle mode — though that is an option — my A.I. partners are just too strong. On the second planet, there is a sea of recruitable level-70 characters from other players that, again, do all the work for me. I think I actually started engaging in fights just out of sheer boredom.

I understand the reasoning behind having a leveling-up mechanic like this in the game as I use it in Fire Emblem Heroes whenever I unlock a new 5-star hero. I don’t want to spend time level grinding when I can just use the spoils of my victories to speed along the process. It makes sense, but in Star Ocean Anamnesis, it’s available so early to players — and we’re encouraged to use it — that it throws off the balance of the game. Only now, after a week of playing, am I hitting battles that I don’t automatically win in a couple seconds.

In most other instances, the ease of the game would have caused me to delete it days ago and move onto something else. But I like the battle system, and I wanted to see what it was like to actually play the game and not just let my overpowered A.I. partners do all the work for me. The battle system is not a game changer, but it works well enough to set it apart from many of the other gacha games on the market. I don’t know if Star Ocean fans will be satisfied by Anamnesis because I don’t know any Star Ocean fans, but you can certainly do a lot worse when it comes to free-to-play mobile games.