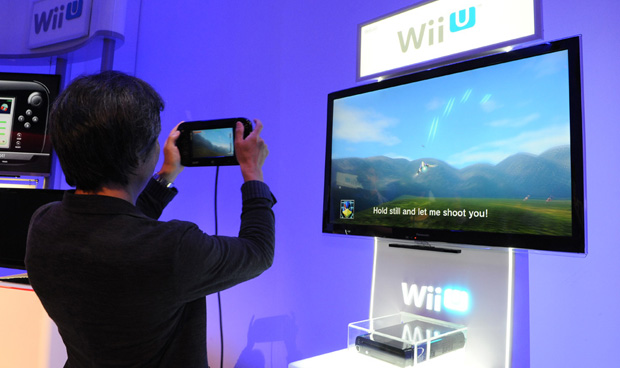 Miyamoto: ‘It’s been maybe 6 to 10 months that we’ve been experimenting with it’

So many awesome-looking Nintendo games at E3 that are … not releasing this year. Drat. While the new Star Fox for Wii U didn’t look especially “awesome” — not yet — add it to that list.

Well, obviously! But, specifically, designer Shigeru Miyamoto said “we’re planning on completing it within about a year from now,” adding that the project is in “full development and it’s progressing well.” The game was demoed at E3 in a limited capacity — it’ll have a full public debut “as soon as we feel it’s totally ready,” explained Miyamoto.

Star Fox Wii U ‘about a year from completion’, Miyamoto says [CVG]