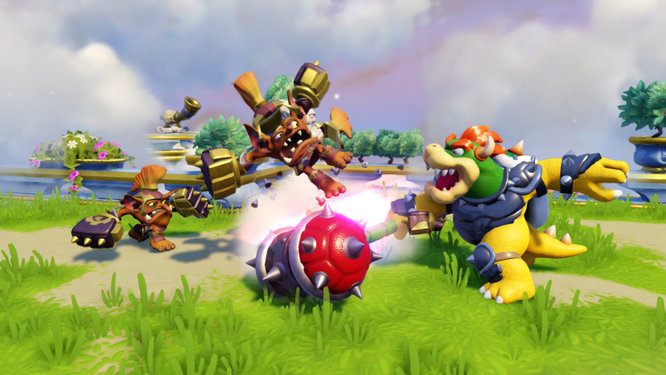 It’s still weird to me that Bowser and Donkey Kong are appearing in the new Skylanders game, as part-amiibo nonetheless. Still, Nintendo has always bragged for years on end how they host the best Skylanders sales and have been very receptive to the series, so it makes sense. As we know, Bowser and Donkey Kong are in, but apparently Fox McCloud and Kirby were in the developmental phases, too.

Kirby was nixed because HAL Laboratory, though basically first-party (it’s weird), needed to sign off on the figure first, and apparently there were holdups with that. As for Fox, Nintendo opted to not take away from Star Fox Zero, so they declined the character. Warrior Princess Peach was declined as well.

It’s a shame, as Kirby would have been the best fit in his Air Ride gear.