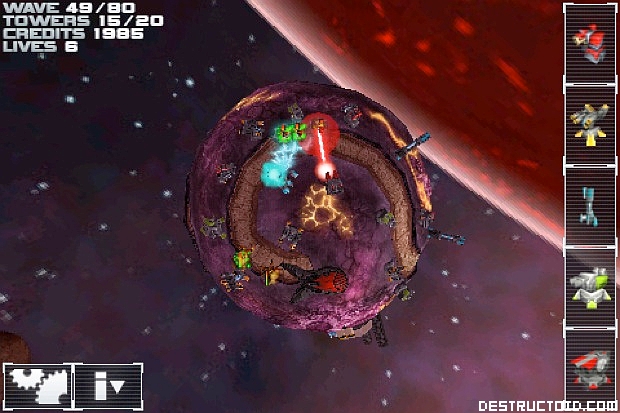 Tower defense games will never get old. Especially if developers like Rough Cookie keep reinventing the wheel. A few weeks ago, we brought you a trailer for Star Defense, an iPhone tower defense title. Now, we bring you another trailer.

And better details. Star Defense is a 3D tower defense title where you defend planets from alien attack. Simple enough. But here’s the deal (and the screens give you a better indication): attacks come in planet-sized waves. You’ll be spinning worlds with your fingers as you analyze terrain and decide where to place the next turret along grooves in the surface.

Judging from the screens, the action looks like it can get hectic in a hurry. Hit the break for the trailer and a little bullet-point summary of what the game will have.

Star Defense hits the App Store this May.