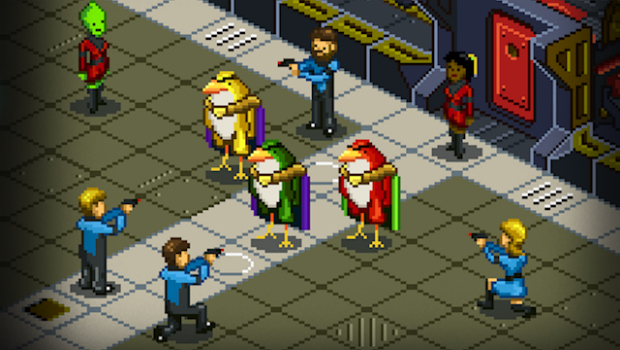 Not everyone can be as lucky as Double Fine when it comes to Kickstarter, as evidenced by the developers of Star Command, who are having their own development woes as of late. For starters, $2,000 of the Kickstarter campaign’s $36,967 was immediately lost due to “no show/no transfers”. Then Kickstarter and Amazon Payments took their portion of the drive, which was a whopping $3,000. Evidently, prize fulfillment for pledged backers took another $10,000 of the top, which essentially dropped them to $22,000 before development even started.

On top of that, they were taxed, which depleted the budget even further. Developer Warballoon had this nugget of advice for other Kickstarters, “to other kickstarters – spend that [taxable] money before the end of the year.” Warballoon also warns of the dangers of physical rewards, “Rewards are something to watch out for as well. We just didn’t fully appreciate the cost of printing 200 posters, shirts, and more than anything shipping.”

From their total budget, they had other business expenses, such as a $3,000 PAX appearance, and $1,000 iPad costs. Some backers across the web are already angry at the “misappropriation” of funds — an unfortunate by-product of having people essentially angel invest in your game without a stake in the company. At the end of the day, the developers have taken an additional $50,000 worth of debt, but the good news is the game is still being made! Well, there’s a lesson to be learned somewhere in here kids. Kickstarter isn’t an instant “win” button — you have to make sure your business plan is also sound.

Update #19: What the hell did you do with our money? [Kickstarter]